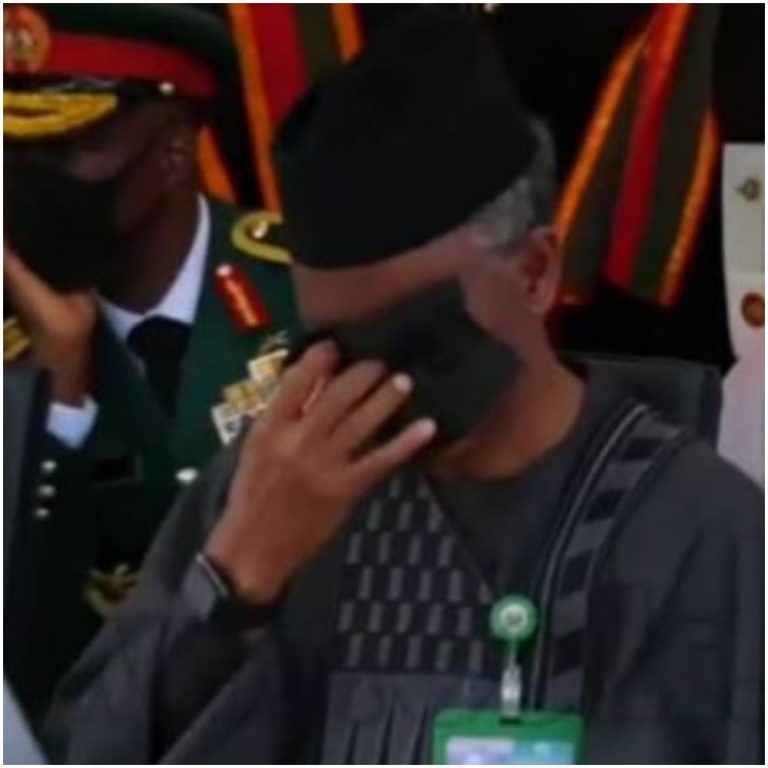 Nigerians on social media have reacted to the video of Kaduna state governor, Nasir El-Rufai, emotional and in tears at the burial of the Chief of Staff, Ibrahim Attahiru, and 11 other military officers who died on May 21st in an air crash.
Naija News earlier reported that the burial of Nigeria’s Chief of Army Staff General Ibrahim Attahiru and six other senior officers who died in a plane crash in Kaduna on Friday held on, Saturday 22nd May.

The spokesperson of the Nigerian Army, Brigadier General Mohammed Yerima, said they would be buried at the Army Cemetery in Abuja.

Below is the video of Gov, Nasir El-Rufai shedding tears at the burial ceremony;

@prettyfenty_09 wrote; ‘When tears is fake u can even use paper or nylon to wipe it’

@ikwen_cvi wrote; ‘His business. He should wipe away the tears of the unemployed in his state and never repeat that nonsense ever again! Period!!’

@mzz_urenna wrote; ‘What is this supposed to mean?’

@mhiz_tomi02 wrote;’Is the fake tears for me… I can’t laugh Abeg… Rip to those who lose there life’

Federal Lawmaker Sacks Aide For Describing Shekau As A Hero