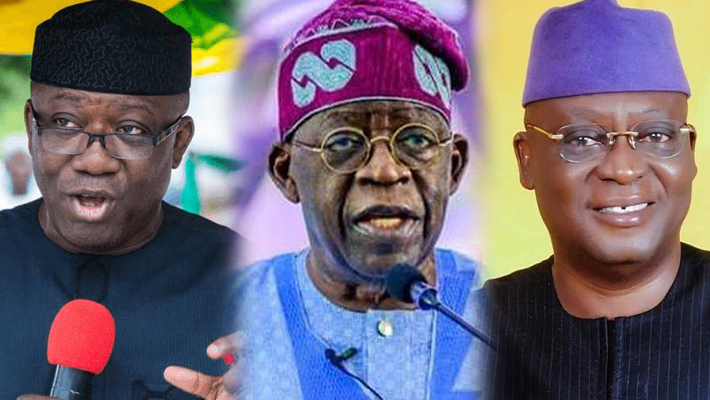 “If this is not an anti-party move, then we wonder what it is.”

Governor Kayode Fayemi has replied to the former Minister of Works, Dayo Adeyeye, over his recent comments regarding development in the ruling All Progressives Congress (APC).

In a statement, Mr Fayemi referred to the South West Agenda, a pressure group led by Mr Adeyeye, as a “misnomer” not consonant with the party structure.

Mr Fayemi, “We consider referring to himself as SWAGA chairman within the APC as a misnomer. Perhaps Adeyeye needs to be reminded that the APC has since made pronouncements against setting up groups within the party.”

Mr Fayemi noted that last June (2020), the Lagos chapter of the APC dissolved all groups within the party into the APC structure in the state, questioning the authority Mr Adeyeye had to float a subgroup with the existing party structure.

“One then wonders from where Adeyeye and his co-travellers derive their powers to float another group within the APC, which they are calling APC members to start porting to.

“If this is not an anti-party move, then we wonder what it is,” he added.

On Wednesday, Mr Adeyeye had asked party leaders to place Mr Fayemi on a watch list after the governor commented on the sack of the party’s Caretaker Committee Chairman of Ado Ward 8, Clement Afolabi, over his link with SWAGA.