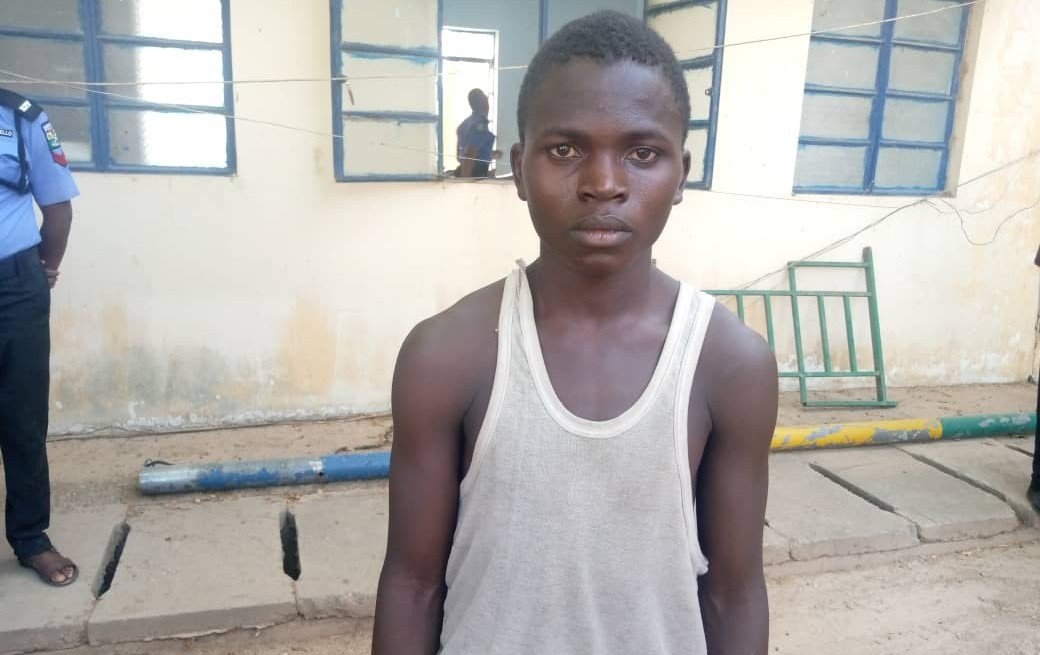 Three out of the suspects, who are all within the age of 18, were arrested for the attempted murder of one Mohammed Abubakar in the state.

The trio, who admitted to committing the crime, were reported to have stabbed their victim with a sharp knife leaving him with a deep cut on one side of his chest.

The victim is said to be hospitalized at the Katsina State General Hospital, where he is undergoing treatment.

The spokesman of the state police command, Isah Gambo, who disclosed the sad incident to newsmen yesterday was quoted to have said:

“He was taken to General Hospital, Katsina and was admitted. In the course of investigation, suspects confessed to the commission of the offence. Investigation is ongoing.”

Similarly, Mustapha Jibrin, 18, was paraded by the Command for allegedly raping an 11-year-old girl at Kan-Tudu village in Kankara LGA.

The suspect, who reportedly confessed to the crime, was said to have brutally raped the minor, leaving her with serious injuries in her sexual organ.

The minor is currently receiving treatment at the General Hospital Katsina, Gambo said.

“One Mustapha Jibrin, ‘male’, aged 18yrs of Kan-Tudu village, Kankara, was arrested in connection with a rape of an eleven years, old girl, (name withheld). In the course of investigation, the suspect confessed to having forcefully had unlawful sexual intercourse with the girl. The victim was seriously wounded on her private part and was taken to General hospital, Katsina for treatment.” Isah said.

Related Topics:attempted murder in KatsinaFour teenagers arrested for rape
Up Next

ARMED ROBBERY: SORROW AS ONE KILLED, VALUABLES CARTED AWAY IN ARRIETALINE STREET, YENAGOA