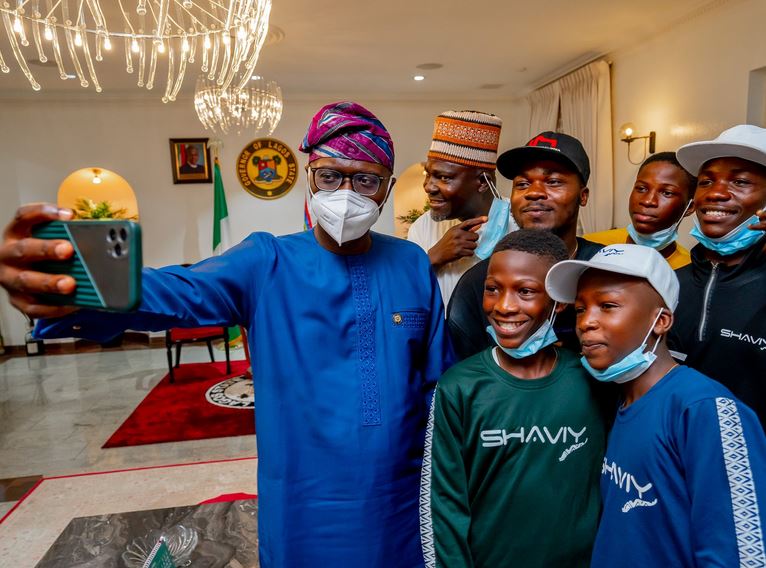 The Governor hosted the young boys and stated that their creativity put them and Ikorodu on the world map.

Governor, Babajide Sanwo-Olu took to Twitter to share pictures of when he hosted the talented Ikorodu Bois in his office after they paid him a courtesy visit.

In his post, the Governor mentioned that the young boys’ creativity put them and Ikorodu on the world map.

The Governor tweeted, “Today, I welcomed generational film-making talent @IkoroduB, whose creativity has put them and Ikorodu on the global map of international platforms like Netflix, earned them a nomination at the Nickelodeon Kids Choice Awards, and put their faces on billboards in Times Square, NY.

“As a state, we are proud of them and I thank them for visiting me today. We are committed to developing creative talent in Lagos as we continue to serve as the premier destination for a musical, art, and creative talent generation in Africa.” 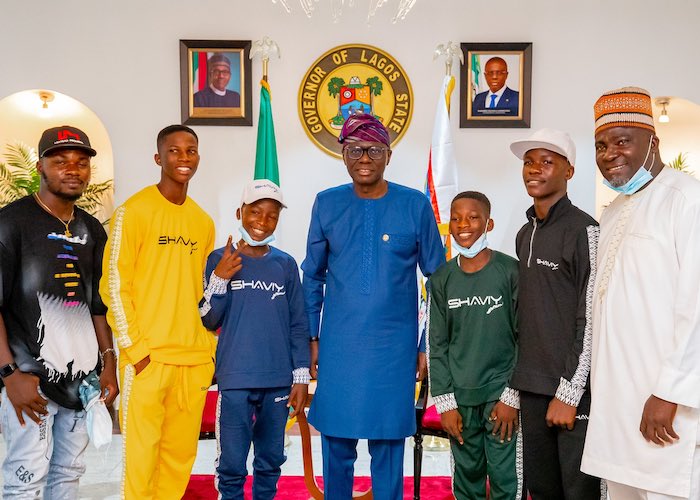 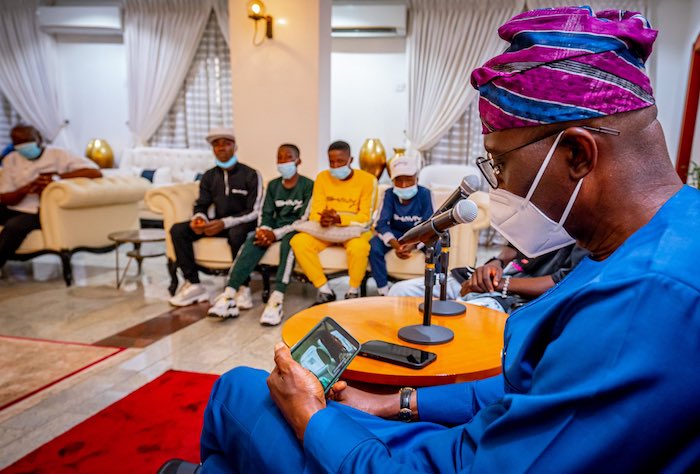 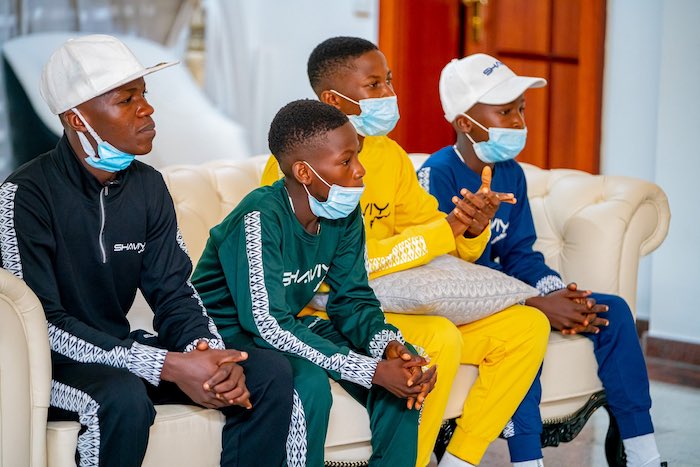