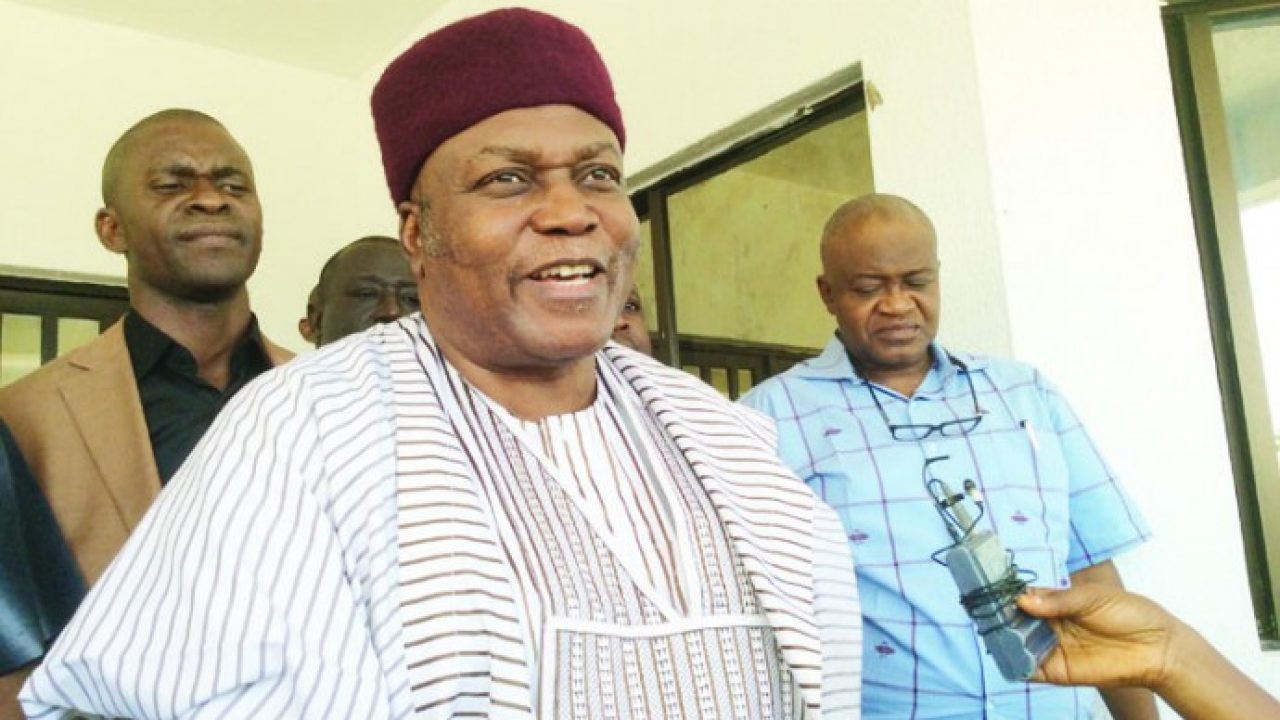 Taraba State Governor, Darius Ishaku and his administration have been accused of looting the treasury to the tune of N39billion naira.

The organization claimed the accounts of the Taraba Government House, in Jalingo, and the Office of the Secretary to the State Government, are channels through which billions of naira were siphoned from 2015 to 2020.

The group said that no Local Government Council has been able to undertake a project worth N5million from 2015 to 2020, because the funds are centrally misappropriated.

TIAGJ said between August and September 2015, the Taraba accessed a credit facility of N2billion to finance lending to small and medium scale commercial farmers through the Taraba State Agricultural and Development and Investment Limited (TADIL).

“This fund to the best of our knowledge was diverted into private pockets of the Governor and his cronies, as no such financing of agricultural activities took place”, the petition signed by Ezekiel Lazarus Mbamo read.

Mbamo stated “without fear of contradiction” that the bailout was “largely stolen”, defeating the reason for which it was approved by federal authorities.

“Around October 2015, Taraba obtained N9,400,000,000 for offsetting of overdraft on salaries; Bureau of Local Government for salaries; Purchase of Associated vehicles for the Governor, Deputy Governor, SSG’s convoy and the State House of Assembly members; and also for PW Nigeria Limited, Gembu Road Construction.

“Between January and February 2017, the government received refund of Excess Debt service by Paris Club to the tune of N4,202,983,799. Curiously, the Governor bypassed laid down financial tenets and singlehandedly opened a new strange account and lodged the money without the Accountant General’s involvement.”

“Again in July 2017, the government received another tranche of the Excess Crude refund of N4.2billion which it claimed was going to be utilized for construction of road, electrification project and construction and rehabilitation of PHC facility and purchase of mobile clinic.

“In August 2017, Taraba received another refund of Excess Debt Services Payment by Paris Club to the tune of N5,612,014,491. The Darius Ishaku-led administration claims the money was used for the construction of Lecheke – Pantisawa road, Wukari – Tsokundi road, payment of outstanding workers’ salaries and rehabilitation of Wukari, Gembu and Bambur General Hospitals.

“Between March and April 2018, Taraba accessed a credit facility of N1.5billion naira, which the government claimed was to finance and boost commercial agriculture. This money was also clearly diverted and taken into private possessions.”

The petition added that within the same period (March/April 2018), the Ishaku administration accessed another N5billion credit facility from a bank.

The fund was for provision of associated irrigation equipment to support dry season cultivation of soya beans and rice on an estimated 250 hectares of farmland in Karin Lamido and other locations under the Taraba Agricultural Development Program.

About N2billion naira of the loan was to enable the state establish one model cattle ranch in each of the senatorial district, Mbamo noted.

TIAGJ also wants EFCC to investigate the inflow of N28billion naira which Governor Ishaku received as offer of promissory note discounting facility being refund for the construction of Jalingo-Sunkani-Garba Chede road, Bali-Serti-Gembu road and Jalingo-kona-Lau road.

Why I Am Against Negotiating With Bandits — El-Rufai