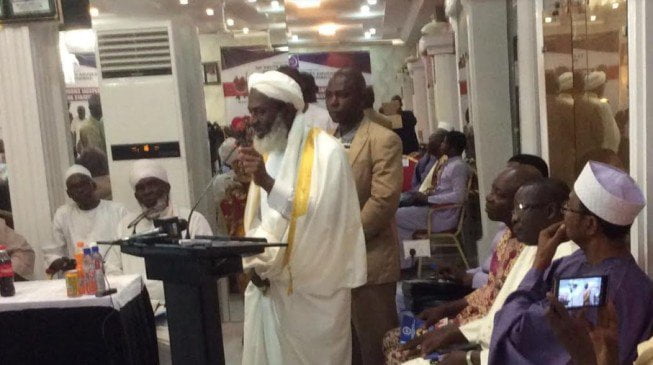 Kaduna-based Islamic scholar Abubakar Ahmad Gumi has dismissed reports that he was involved in the N800,000 purportedly paid to secure the release of some abducted students in Kaduna state.

Recall that bandits had in March attacked the College of Forestry Mechanisation in Afaka, Igabi LGA, and abducted 39 students.

Speaking with Roots TV during a protest to demand the release of the abducted students, one of the parents alleged that Gumi directed them to a Fulani man named Ahmed, who collected N800,000 from them.

“We kept going for meetings. They took us to Gumi’s house who said we should meet one Ahmed. I’ve forgotten the name,” she had said.

“A Fulani man was invited, we contributed almost N800,000 to him but he said the money was just for transportation. Then I started crying and pleaded with him that I am a widow, training my boy to become my helper in the future but he said that was not his concern.”

But speaking to TheCable on Wednesday, Sheikh Gumi described the allegation as nonsense.

The cleric, who has come under criticism over his relationship with bandits, said he is not aware of such a transaction.

“Absolute nonsense. I don’t know anything about any money transaction,” he responded via a text message.

Meanwhile, the twenty-seven students of Federal College of Forestry Mechanisation, Afaka, Kaduna State, abducted by bandits have been released.

The development was confirmed to Daily Trust by one of the people who received the students.

The source noted that the release of the student was facilitated by Islamic cleric, Ahmad Gumi dialogue committee with support from former President Olusegun Obasanjo.

Related Topics:Gumi Denies Taking N800k During Negotiation For Afaka Students’ Release
Up Next

Buhari happy about release College of Forestry students, begs for others in captivity