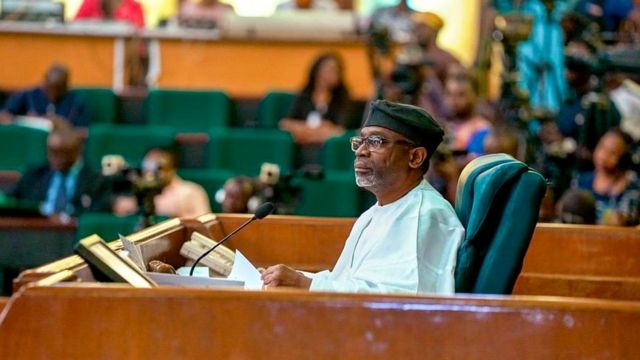 The House of Representatives has again summoned the Attorney General of the Federation and Minister of Justice, Abubakar Malami (SAN) for allegedly halting the repatriation of $60 billion loot from Texas, United States of America.

The Chairman of the Ad hoc Committee on Assessment and Status of All Recovered Loots – Movable and Immovable Assets from 2002 to 2020 by Agencies of the federal government for Effective Efficient Management and Utilisation, Rep. Adejoro Adeogun, summoned Malami on Wednesday in Abuja when a former Special Prosecutor to the Special Presidential Investigation Panel (SPIP), Mr Tosin Ojaomo, appeared before it.

He also revealed that before the panel which was headed by Okoi Obono-Obla was disbanded, it investigated the Auditor General of the Federation for the withdrawal of N10 billion from the account of NHIS in two tranches.

Ojaomo also revealed that the panel investigated a Director in a Ministry and recovered 86 luxury vehicles, some of the vehicles are bulletproof cars worth the sum of N700 million.

He said the panel invited the Bank to explain what the money was meant for, adding that when the explanation of the Bank was not satisfactory, it was ordered to remit the money to TSA, and the bank later pleaded that it should be allowed to pay N10 million every month.

The Special Prosecutor noted that after the Chairman of the Panel and some members were suspended in 2019, the AGF was directed to take over the cases being investigated by the panel.

He stated: “The projection of the panel based on what we were working with at that time, we had a projection of even making other foreign recoveries, because intelligence was given to the panel that the sum of $60 billion belonging to the Nigerian government is currently been domiciled at Texas, United States of America, at that time, which the panel has started working on to making recovery.

“The money was stolen from Nigeria through the NNPC. All this has been taken over by the AGF.

In his ruling, the Committee chairman said the allegations are weighty, saying there was a need to ask the AGF to cause an appearance.

Adeohun said, “These are weighty allegations, at this stage, we will have to stop you, not that we are trying to stop you from speaking, but because like we said in my place, you don’t shave a man behind him when he is not there.

“We think we will have to recall you at a different date and we will ask the Attorney General to make a reappearance here so that you can present this to him. You will avail us of all these documents so that we will formally write a letter to him.

“This is not just inviting him to come and speak now, you have made weighty allegations alleging that this money belonging to Nigeria could have been recovered but for some reasons, he sat on them for whatever reasons.

“I don’t want to believe that that’s really what happened but that’s the allegation they have made.”

Earlier, the Managing Director of Nigeria Sovereign Investment Authority (NSIA), Mr. Uche Orji, while appearing before the committee revealed that the federal government through the

Ministry of Justice entered into a trilateral agreement with the US, United Kingdom, and the Republic of Ireland for the repatriation of looted funds.

Orji added, “We are aware that there is an agreement struck with the Ministry of Justice and counterpart countries. We’ve been notified that they have reached this agreement, that the funds will be sent to us, but we have not received it.”

Also, the Chairman of Independent Corrupt Practices and Other Related Offences Commission (ICPC), Prof. Bolaji Owasanoye, at the moment that the anti-graft agency has recovered N2.1 billion.

He said, “As of today, what is there is N2.1 billion. Over time, however, the cumulative of what we received is over N7 billion and N5 billion has gone back to the government. It has taken it over time.

“As I said, during Covid, we did an analysis of what was no longer subject to investigation to court processes, it was about two something (over N2 billion).

“Based on current operations, ongoing investigations, we have N2.1 billion. It is not for the government to take. As I said earlier, we have the power to return money to the victim.”

Related Topics:House summon AGF over ‘blockage’ of $60 billion repatriation
Up Next