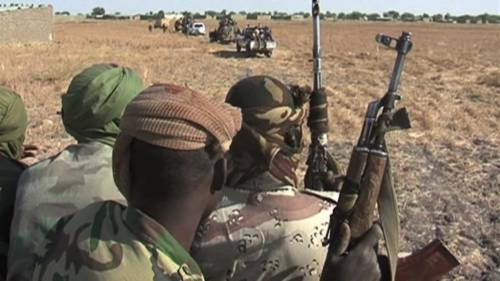 The Bandit group responsible for the abduction of the students of Federal College of Forestry Mechanisation, Afaka, Kaduna State, finally released them on Wednesday.

TrackNews Online had earlier reported how the remaining twenty-seven students were released from their kidnappers’ den.

Recall that their abductors had earlier released ten of the students, in two batches.

It was gathered that former Nigeria President, Olusegun Obasanjo, and Islamic cleric, Ahmad Gumi played key roles in the negotiation.

Meanwhile, Daily Trust reported that aside from the prominent men, one other person who aided the release is the father of one of the bandits.

According to sources, the negotiation process had suffered setbacks after a leader of the abductors, known as Buderu, reneged on his promise even after an N15 million ransom had been paid.

The father of one Buhari, alias General, who is also a fierce bandit, had to intervene in the negotiation process.

Sources said the bandit’s father used his son to force Baderu to agree on the deal but Buderu insisted that even if no more money would be given to him, a relative of his arrested at Falgore Forest in Kano State, must be released.

The students were freed after the government agreed to release the arrested cattle rustler simply identified as Laulu.

Related Topics:How Father Of Notorious Bandit Facilitated Release Of Afaka Students
Up Next