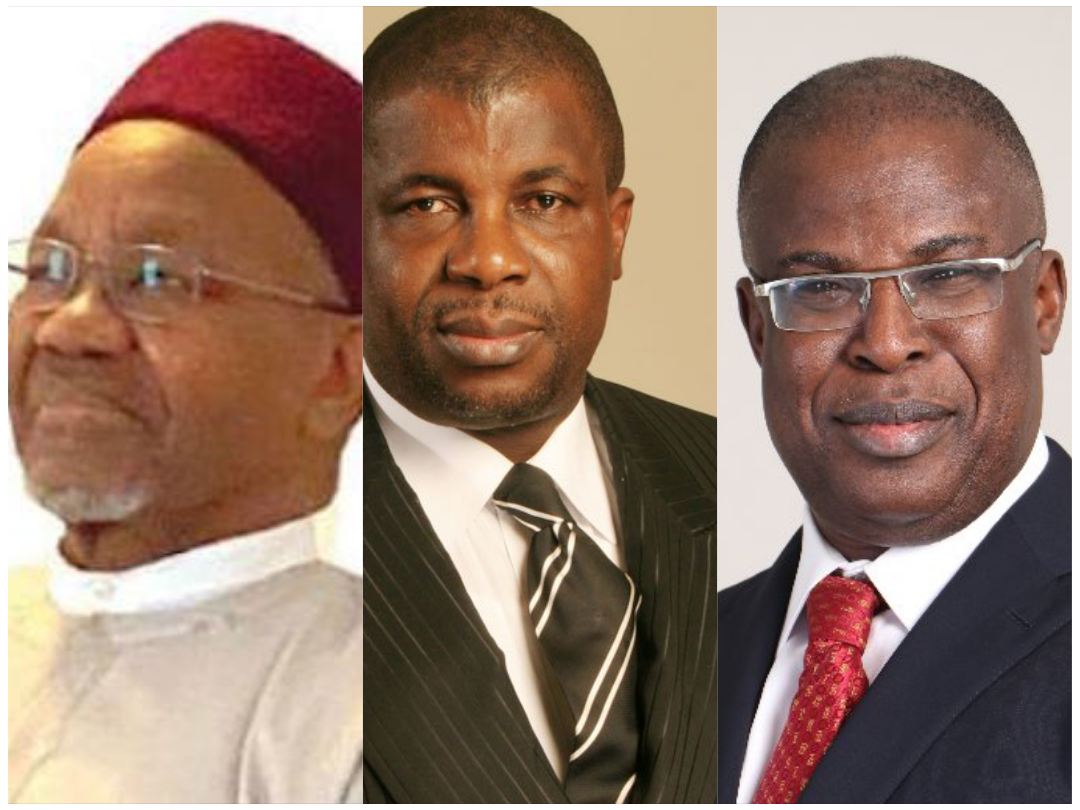 The minister of State Petroleum, Timipre Sylva and Mamman Daura, an uncle to president Mohammadu Buhari, connived and forged the President’s approval to revoke four oil licenses belonging to Addax Petroleum, a Chinese-owned oil company, according to new information obtained by TrackNews Online

Buhari had last week ordered the reversal after the deal leaked.

Auwalu had alleged that Addax lost the four licenses because it failed to carry out work on the licenses and had “refused to develop the assets”.

“This failure is economic sabotage”, the director said, pointing to grounds under the Petroleum Act laid out for revocation of a license.

But sources told TrackNews Online that the trio of Sylva, Daura and Offor had met and worked out a strategy to snatch the oil licenses from Addax.

Part of the plot according to an insider at the Ministry of Petroleum was to use Daura to inform the DPR Director Auwalu of Buhari’s approval
to revoke Addax licenses.

Sources told TrackNews Online that once Auwalu was contacted by Daura and blackmailed, he immediately agreed, fearing he might be kicked out of his job if he does not play along.

According to sources, Auwalu wrote to Addax and informed them of the decision of the Government to revoke OML 123, 124, 126 and 137.

The DPR awarded the blocks to Kaztec Engineering and Salvic Petroleum Resources. Both companies are owned by Offor and fronts for Daura and Sylva, according to sources familiar with the deals.

“Addax knew the potential of the asset, but [it] refused to develop it. This state of underdevelopment is against the principle of the PetroleumAct and constitutes revenue loss to the government,” Auwalu said after announcing the revocation.

Sources told TrackNews Online that DPR reasons for revoking Addax licenses were not enough to do so as the field were producing and Addax
also paying royalties.

Jolted by the revocation, sources told TrackNews Online that the Chinese Government reached out to President Buhari and demanded explanations.

A shocked Buhari was said to have washed his hands off the decision, and immediately demanded the reversal.

“They went bullied and blackmailed the DPR Director, took away Addax four licenses. When the President was confronted with it by the Chinese, he was shocked. He immediately demanded they reversed the decision,” a Presidency source told Tracknews Online.

According to the source who does not want to be named, “This is how they go about using the President’s name to defraud the nation. Mamman Daura is using Emeka Offor as front. Mamman Daura’s son is always with Offor.”

Recall that Addax awarded works to Kaztec over the years, including on OML 123. The operator got into trouble over some of its awards to Kaztec. A 2016 report from Deloitte raised concerns over more than $80million paid by Addax to the engineering company.

Addax declared force majeure on its contracts with Kaztec in 2015. Kaztec is developing a fabrication yard at Snake Island, in Lagos State. This work was thrown into jeopardy following Addax’s move.

China’s state-owned Sinopec acquired Addax in 2009. The loss of the four licences would have left Addax with just one stake in the Okwok marginal field.

Addax was supposed to supply gas to a planned gas processing plant, which is at the heart of a legal scandal involving P&ID and the state of Nigeria. OML 123 was to provide gas. According to legal filings, Addax was initially interested in supplying gas but withdrew its support in June 2012.

Sources told TrackNews Online that the duo of Sylva and Daura have often connived, forged or used the President’s name to loot the oil industry. The source mentioned the recently concluded sales of marginal field licenses.