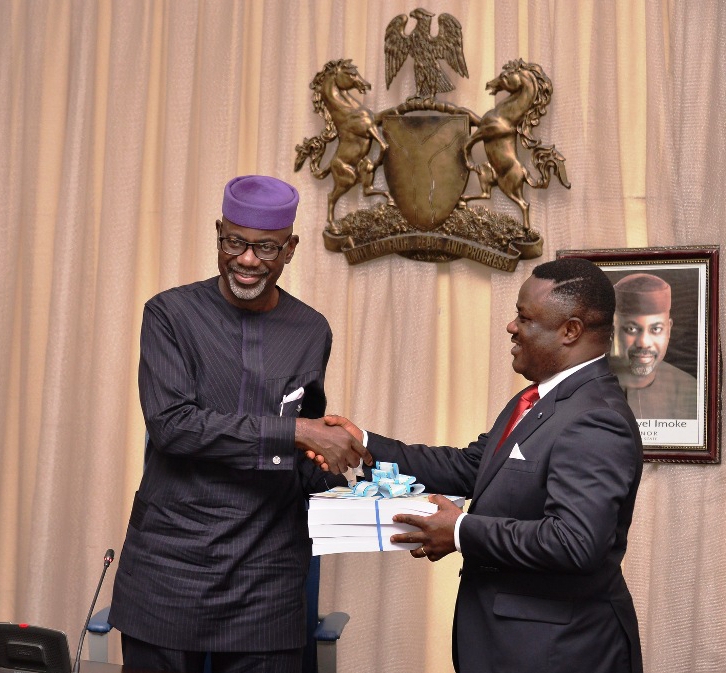 Former Governor of Cross River State and leader of the Peoples Democratic Party (PDP), Liyel Imoke, at the weekend, declared that he regretted anointing Benedict Ayade as governor in 2015.

Imoke stated this at a media briefing in Calabar while reacting to claims that he sold the state to the incumbent governor for N2 billion.

TrackNews Online recalled that Ayade defected to the All Progressives Congress (APC) on Saturday, May 22, 2021, even as the APC had laid siege to the PDP secretariat with armed policemen and armoured vehicle at its gate.

“I have to come back, because I thought I have retired and handed the leadership of the party and the state to some people, thinking that they will keep the tradition. There is a traditional institute, but they did not keep the tradition, so we have come back to redeem our party and to take it back,” Imoke said.

Imoke, who sidestepped aspirants like former Secretary to the State Government (SSG), Fidelis Ugbo, Joe Agi (SAN) and others for Ayade in 2015, said: “I took all responsibilities and risks for Ayade’s emergence.

“I have watched this government even accuse me of collecting money to support the governor. Can you imagine? Yet, some people believe that I sold the state to somebody, while I did them a favour and worked hard to put them in power.”

Speaking further, Imoke, who said people complained and asked him to apologise for backing Ayade, added that he stood his ground against apologising and described Ayade’s defection to APC as “a blessing in disguise and the hand of God.”

On 2023 politics, Imoke said the development was an opportunity for him to thank the Cross River people and the youths, adding: “I am so impressed, we must give this legacy to the youths.

Speaking earlier, the PDP Caretaker Committee Chairman, Effiok Cobham, pledged that the party would take over the secretariat from Ayade, who now belongs to the APC.

Cobham, who was Deputy Governor to Imoke, noted that it was shocking to learn that the party secretariat it had occupied since 1999 had been taken over by an opposition party.

“We are still the occupants of the property because we paid for it and we will take it over shortly. We don’t want problems, so we plead with them to vacate the secretariat,” he said.

On his part, a representative of Ogoja-Yala Federal constituency in the House of Representatives, Jarigbe Agom Jarigbe, said: “I have been vindicated because I have been at the forefront and I waited for this day. We shall not take Ayade’s defection for granted. We shall consolidate the PDP.”