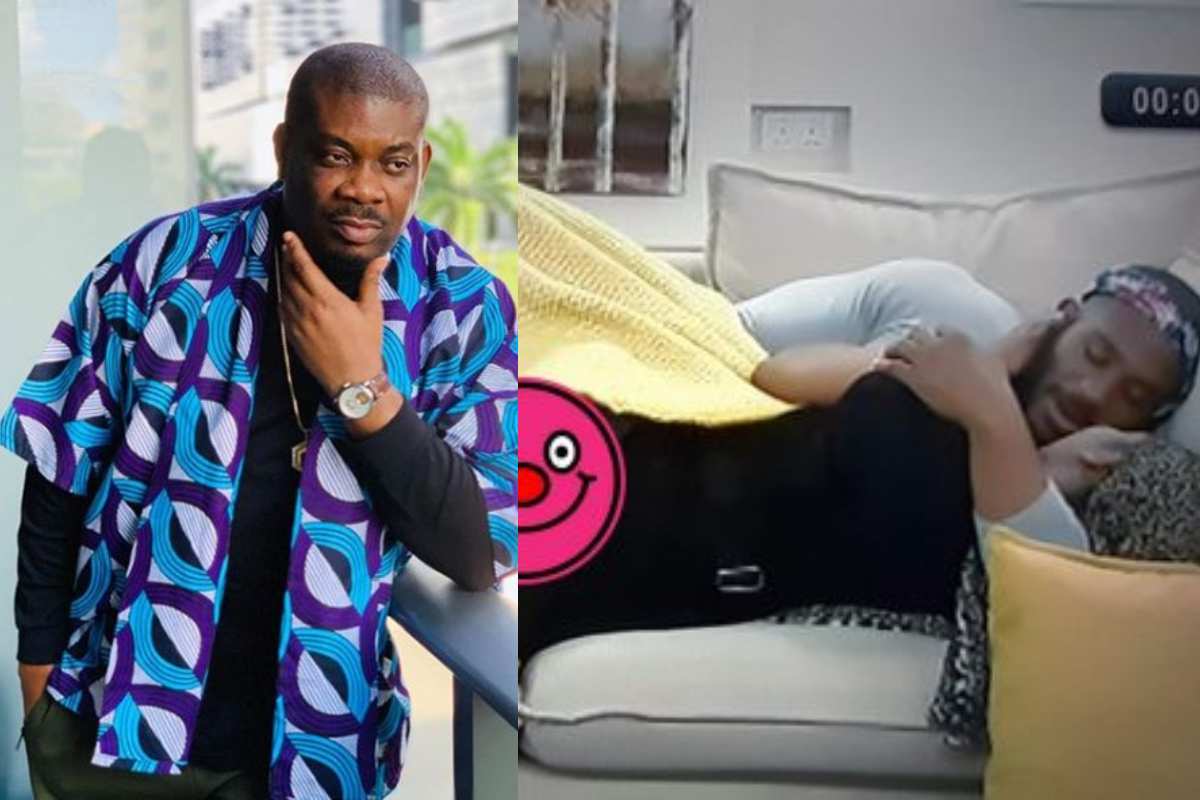 The 36-year-old beat-maker made his thoughts known in a recent interview with BBC News Pidgin, where he said that sex is often demanded from many female singers by music producers and TV personalities.

Speaking in a blend of Nigerian Pidgin and English, Don Jazzy said,

“I have a record label, so I have male and female artistes. In the past, maybe I had the opportunity to go through a female artiste’s phone and read conversations that the female artistes had had with a bunch of producers, TV people, people in the industry.. everybody just wants sex. It’s tiring. I feel sorry for them.”

According to him, the system is flawed and needs to be fixed.

Don Jazzy also added that he believes the society needs to raise the male child better.

“We need to fix the system in general. We need to train the male child better.”

As an alternative solution, Don Jazzy said that female artistes should publicly expose music producers and media personalities who demand sex in exchange for a deserved favour.

“If these young ladies start calling them out, that’s a start. If a producer says he wants to sleep with you, call him out!”

In the rest of the interview, Don Jazzy answered questions about his first marriage to Michelle Jackson, whom he had divorced at the age of 22.

He admitted that his views about marriage are always changing.

“Are we even supposed to get married?” he posed sarcastically.

Don Jazzy revealed that he feels no regret about his divorce and confirmed that his ex-wife had remarried and has a child.

He said he is single and teased that people are welcome to “shoot shots” – slang for ‘romantic proposals.’

When asked if he would ever venture into politics, the record label owner said he is unable to lie like politicians, thus won’t have a successful political career.

However, he said he would do a solid job as President. “If I be president, I go do good job,” Don Jazzy teased.

Related Topics:Call Him Out – Don JazzyIf A Producer Demands Sex
Up Next