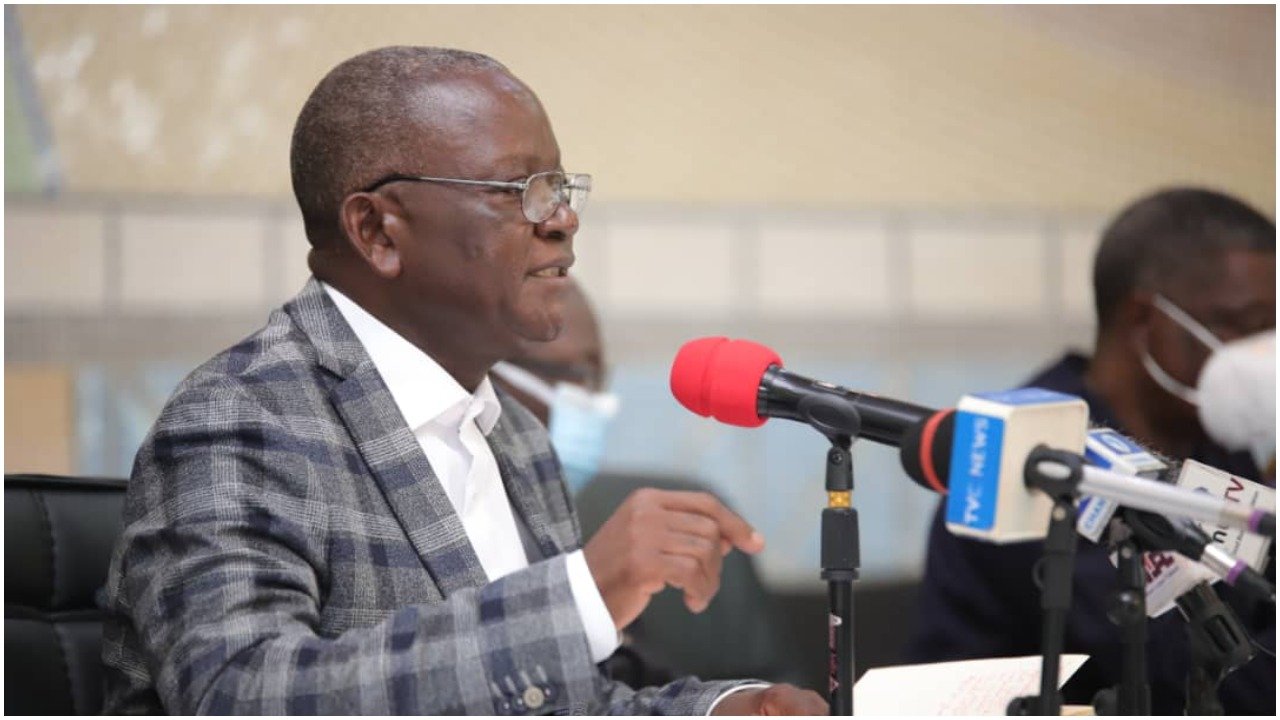 Governor Samuel Ortom of Benue State has proscribed Vigilante groups illegally operating in the state and directed that anyone, seen wearing the groups’ uniforms be arrested and prosecuted.

Ortom said the Benue State Volunteer Guards law which was enacted in 2000, was recently adopted for full enforcement by the state security council and other stakeholders.

Governor Ortom said this while briefing journalists after a meeting with the State Commissioner of Police, State Director Department of State Security Service, Attorney General and Commissioner for Justice, Special Adviser on Security Matters, as well as Permanent Secretary, Bureau of Internal Affairs.

Some members of the disbanded Benue State Vigilante Group were also present at the meeting.

Benue State Volunteer Guards personnel who are to be recruited from kindred levels according to the Governor are mandated by law, to complement conventional security agencies in securing the state.

Governor Ortom who enjoined members of the disbanded Vigilante interested in joining the Community Volunteer Guards to go to their kindreds to be properly enrolled, directed his Senior Special Assistant on Security, Simon Iwar to oversee the new formation with the active supervision of the Security Adviser.

Benue State Community Volunteer Guards is an offshoot of the law to provide for the establishment of community volunteer guards.

Herdsmen: Get Weapons And Defend Yourselves, Ortom Tells Benue Residents