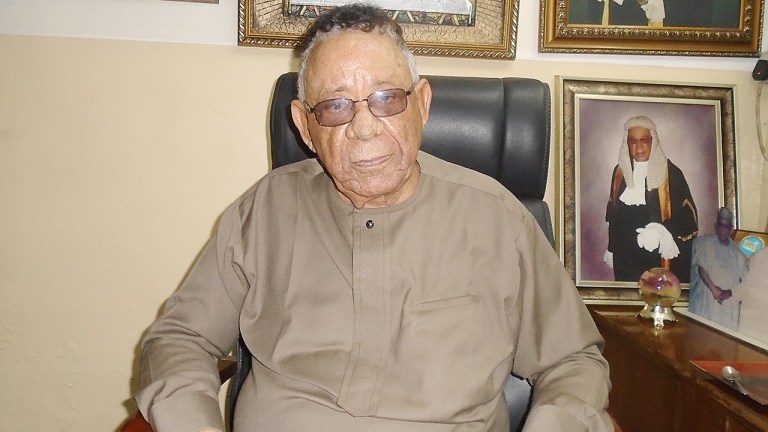 The Muslim Rights Concern (MURIC) has castigated senior lawyer, Robert Clarke for suggesting that President Muhammadu Buhari should delegate his executive powers to the Chief of Defence Staff who should thereafter declare a state of emergency in all the 36 states of the federation in order to bring the state of insecurity to a halt.

Clarke made gave the suggestion while appearing on a Channels Television programme, where he also warned that Nigeria might not survive the next six months if insecurity was not checked.

But in a Thursday statement signed by its Director, Prof. Ishaq Akintola, the Islamic human rights organisation described the suggestion as “outright balderdash”.

The statement read, “Chief Robert Clarke’s recent suggestion that President Muhammadu Buhari should delegate his executive powers to the Chief of Defence Staff who should then declare a state of emergency in all the 36 states of the federation for the purpose of bringing Nigeria’s security challenges to a halt is, to say the least, nauseating, preposterous and egregious. It is outright balderdash.

“We are grossly disappointed that a learned fellow of timber, calliber and caterpillar, a SAN, would offer such an outrageous suggestion. How consistent is his suggestion with the provisions of the constitution which, ceteris paribus, should be his major area of concern?

“It may have been 22 years away since 1999 when the military ceded power to civilians, but we have not forgotten the woes visited on this country by the military. The travails of Nigeria today can be traced to military misadventure in politics.

“They militarised our youth, introduced totalitarian dictatorship, legalised extrajudicial killing, and institutionalised the dehumanisation and humiliation of Nigerians. The criminal neglect of the education sector began under the military while massive corruption and waste were its major signposts.

“The annulment of the June 12, 1993 election by the military was the last straw that broke the camel’s back. Nigerians can never forgive the military for the killing of the winner of that monumental election, Chief M. K. O. Abiola in military detention and the brutal assassination of his wife, Alhaja Kudirat Abiola. This aspect of Nigerian history portrays the military as an institution that has no respect for civility, probity and accountability.

“Chief Clarke should bury the thought. Neither should the Nigerian Army swallow the bait because no decent Nigerian will buy military rule for 10 kobo. Although the army has rebuffed Chief Clarke, we wish to reiterate the fact that military involvement in politics is out of fashion, toxic and anachronistic. Nigerians will rather be free men in their graves than live like puppets and slaves. We say ‘No’ to another banana republic. It may not be perfect yet, but Chief Clarke should respect Nigeria’s democracy.”

Related Topics:Insecurity: MURIC bashes Clarke for asking Buhari to delegate executive power to CDS
Up Next