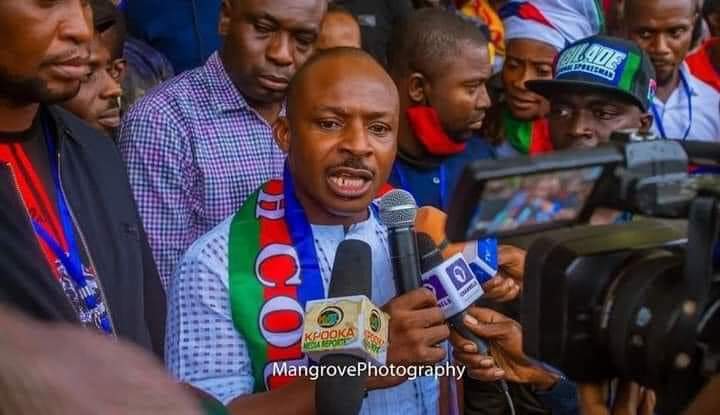 The President of the Ijaw Youths Council (IYC) Peter Timothy Igbifa, has been reportedly kidnapped by unknown masked men said to be wielding heavy guns.

According to A source close to the president informed news men of The incident.

The incident was said to have happened along the Port-harcourt international airport route at about 8:45am today.

Peter Igbifa was scheduled for a meeting in Abuja today, where other Ijaw leaders and officials of the IYC are said to be waiting for his arrival.

Peter Igbifa has been at logger heads with the federal government following failure to constitute the NDDC board, he had earlier asked multinationals operating in the region to vacate until the board is inaugurated.

The source stated that Igbifa in his last words to his personal driver, said ” though I am kidnapped but tell the people that the protest must hold, no body can infringe on the right of Niger Delta people”

Related Topics:IYC President Kidnapped As Ijaw Youths Set For Showdown With Multinationals.
Up Next

JUST IN! Gunmen Abduct UNIJOS Professor And Her Husband