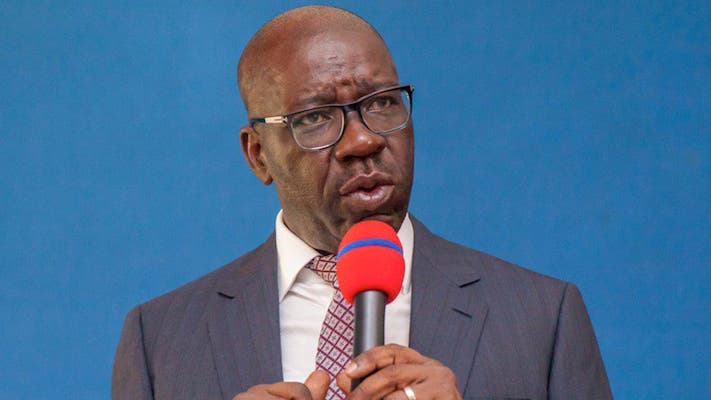 TRACKING____Osagie Ize-Iyamu, Edo State governorship candidate of the All Progressives Congress (APC) in the September 2020 election, has urged Governor Godwin Obaseki to resolve issues with the 14 lawmakers-elect of the Edo State Assembly for the benefit of the people.

Recall that the 14 members-elect, who had been absent from plenary sittings in the House for almost two years, claimed they were not duly inaugurated by the governor.

Sequel to their absence, the leadership of the House declared their seats vacant for failing to sit for over 180 sitting days.

The members-elect, thereafter, approached a Federal High Court sitting in Port Harcourt, Rivers State but the court affirmed that Obaseki’s proclamation of the House of Assembly was lawful and held that the governor or any other person could not issue another proclamation.

Subsequently, they filed another suit at the Federal High Court, Abuja, challenging the constitutionality of the declaration of their seats vacant, of which the suit is still pending.

Ize-Iyamu, in a congratulatory message to the governor which was made available to newsmen in Benin City, said last Friday’s judgment of the Supreme Court, puts an end to the series of litigations from the 2020 governorship election in the state.

The APC governorship candidate said Obaseki is in a “vantage position” to consider an out-of-court settlement of the issue, in the overall interest of our state.

He said, “We are happy that all these cases have come to an end. Now that it is all over, please accept my congratulations. Your Excellency, for us in the APC, as the opposition party in the state, we have a duty to ensure that your government does the right thing always.

“Your Excellency would also do well to intervene in the issue of elected local government chairmen, vice-chairmen, councilors and supervisory councilors, who some time ago, were suspended and removed from office. Our appeal is that you consider paying them their entitlements since it is now late for them to return to their offices. This can also be through an out-of-court settlement.

“We also deliberately did not go to the Elections Tribunal, not because we did not have issues but because we felt it was better to allow you face the job at hand, more so as our party at the National level had congratulated you”.