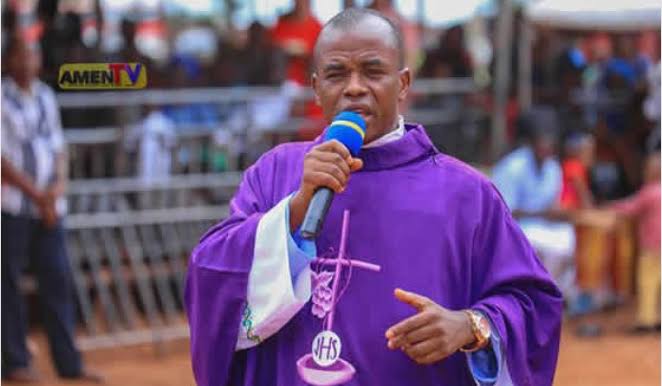 The spiritual director of Adoration Ministries Enugu Nigeria (AMEN), Rev. Fr Ejike Mbaka has apologized to the catholic church for the embarrassment his action might have brought upon them.

The controversial clergyman also asked for the forgiveness of the bishop of his diocese, Callistus Onaga noting that he has made a mistake with some of his actions.

Mbaka apologized during his sermon on Sunday where he also condemned the action of some of his supporters who attacked the diocesan cathedral on Wednesday when his whereabouts was unknown for some hours.

The cleric also warned his supporters against violent acts, saying they shouldn’t take laws into their own hands.

“I can’t disobey them church — who am I? How can somebody who has been serving the church for 25 years come out to begin to fight the same church. Everything in my life is for the church,” he said.

Related Topics:Just In: Father Mbaka Finally Apologizes To The Catholic Church
Up Next