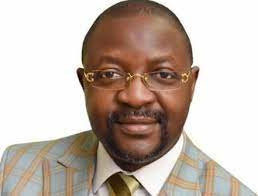 The Minister of Youths and Sports Development, Sunday Dare, has dismissed reports claiming the NYSC scheme is set to be scrapped.

Two days ago, it was widely speculated that the one-year mandatory scheme for all graduates will be scrapped following the second reading of a bill in the House of Representatives seeking to end the scheme which some feel has outlived its usefulness.

Addressing the speculations on his Twitter handle this morning, the Minister said the government is committed to sustaining the scheme.

”The NYSC scheme remains one of the greatest tools for National development for our youth. The commitment of the government to sustaining the NYSC scheme remains. Dynamic Reforms and Initiatives towards current realities are ongoing. Nigeria will stand with her youth.”his tweet reads

Related Topics:Minister of Youths and Sports dismisses reports that NYSC scheme will be scrapped
Up Next