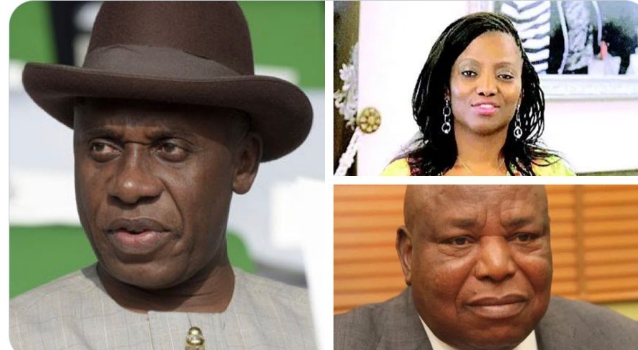 The wife of Nigeria minister of transportation and former Governor of rivers state Mrs. Judith Amaechi is been accused of looting #48 billion from a contract which she received from the Niger Delta Development Commission, NDDC when Nelson Brambaifa was managing Director.

Mrs Judith Amaechi who had earlier been awarded a #70 billion contract by the NDDC to train Niger-Deltans in soap making.

She was paid #48 billion out of the #70 billion by the former Managing Director of the NDDC, Nelson Brambaifa. The payment was reportedly made installmentally, #4 billion monthly.

According to reports from a source close to the NDDC that was made available to TrackNews Online the documents of the looting are in the custody of the Attorney General and Minister of Justice, Justice Abubakar Malami.

Following this her husband, Dr Rotimi Amaechi has been finding means to avoid probe by the commission as the Attorney General has been using the documents to blackmail his wife.