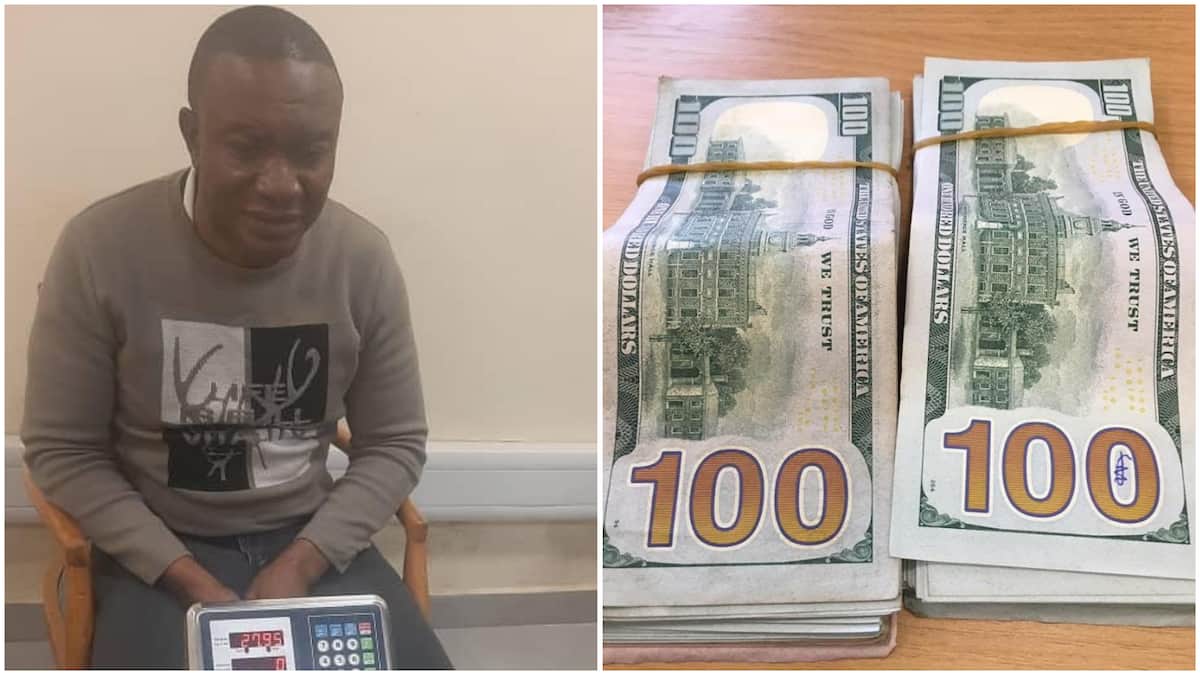 The National Drug Law Enforcement Agency ( NDLEA) has arrested a Brazil-based suspected drug kingpin, Ejiofor Felix Enwereaku, for being in possession of 36 blocks of cocaine, weighing 27.95 kilogrammes with a street value of over an N8billion at the Murtala Muhammed International Airport, MMIA, Ikeja, Lagos.

The alleged drug lord, Enwereaku, who leads a syndicate was arrested at the airport on Friday 14th May 2021 for importing 27.95kg of cocaine using his organized criminal gang, which specialises in tagging or planting drugs in unsuspecting travellers’ luggage.

According to the NDLEA spokesperson, Femi Babafemi, narcotic agents had based on intelligence at the MMIA on Saturday 8th May 2021 intercepted a bag that arrived at the Lagos airport from GRU, Brazil via Addis Ababa, Ethiopia on the Ethiopian airline with baggage tag No- ET331199 but was not claimed by an arriving passenger on the flight.

The disclaimed bag was opened in the presence of the arriving passenger and the man who came to negotiate the release of the disputed bag.

When it was opened, it was found that the bag contained 36 blocks of cocaine, weighing 27.95kg. 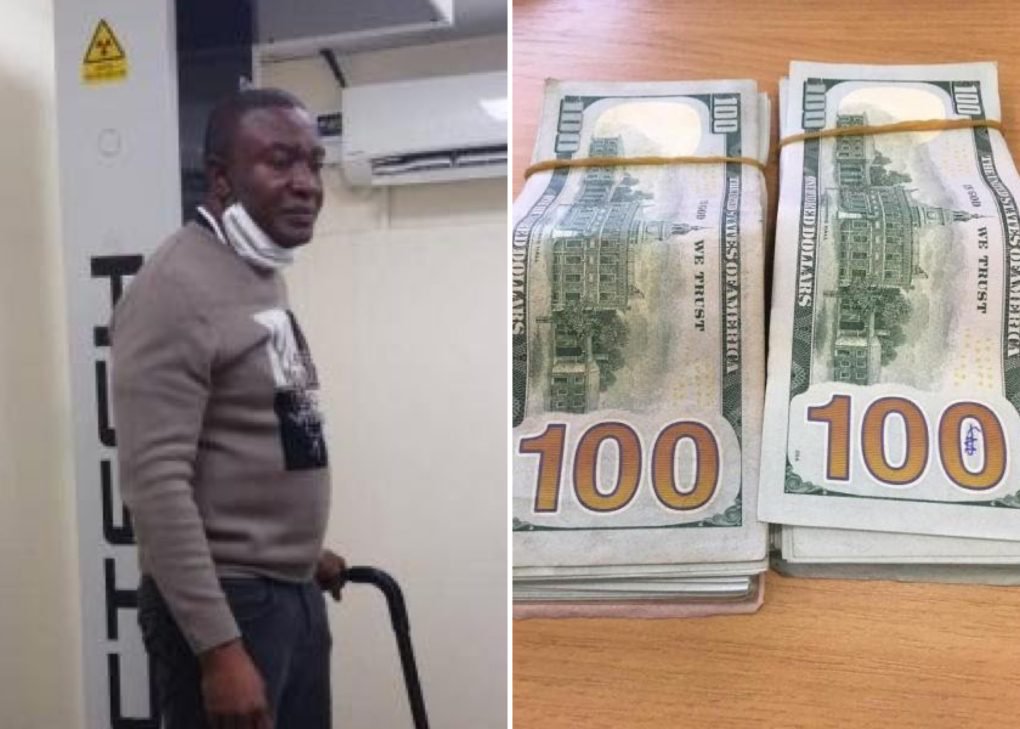 A follow-up sting operation was carried out, which led to the arrest of Ejiofor Felix Enwereaku, the prime suspect, on Friday 14th May upon his arrival from Addis Ababa onboard Ethiopian airline.

During preliminary interrogation after his arrest, he confessed to having been contracted by his Ethiopian associate who is a notorious drug baron to claim and push out the consignment in Lagos, Nigeria.

He further admitted to having paid the $24,500 bribe in three tranches to compromise NDLEA officers.

The first was $10,000 delivered through his representative in Lagos and another $10, 000 via his First Bank account while the third tranche of $4,500 was paid at the point of his arrest.

NDLEA said Enwereaku’s group is suspected to be responsible for recruiting traffickers to move illicit drugs to various destinations using Nigeria as their transit location and also planting drugs in the luggage of unsuspecting travellers.

Chairman of the Narcotics Agency Brigadier-General Buba Marwa(rtd) warned that the Agency will henceforth not only go after the traffickers but with the same vigour target the cartels and the kingpins that operate them.

Related Topics:NDLEA arrests Brazil- Based Drug Lord; seizes N8 Billion cocaine from the suspect
Up Next

OMG!! Nigerian Man Who Stab His Own Mother-In-Law Tells The Shocking Story Why He Did It