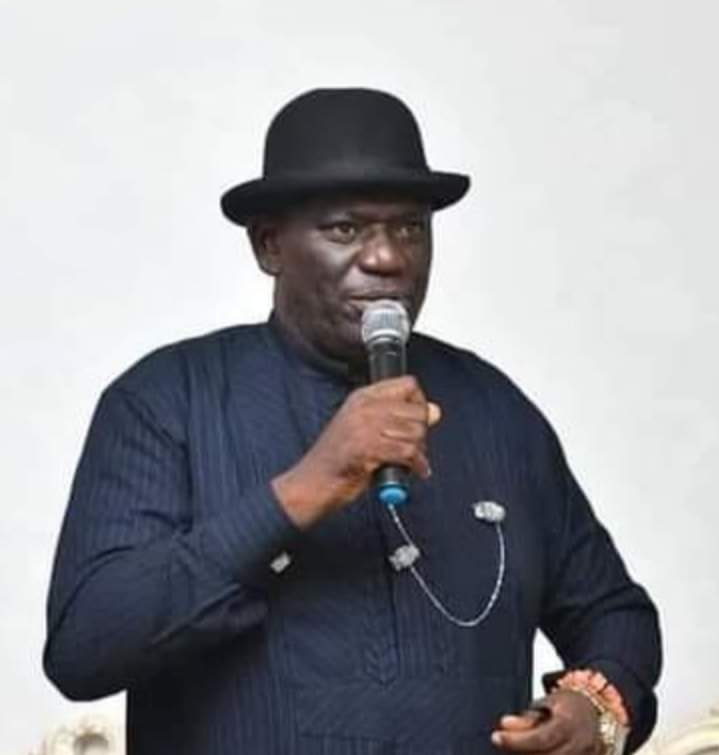 Professor Benjamin Okaba
Ughelli- Prof. Benjamin O. Okaba, President Elect, Ijaw National Congress (INC), Worldwide, has promised to usher in a new dawn for the Ijaw Nation for the actualization of the dreams of its founding fathers.

The scholar and new face of Ijaw National Congress (INC) Worldwide who spoke via a telephone conversation particularly described his emergence as the will of the people stressed that better days are here for the Ijaw nation.

A Professor of Sociology and Senior Lecturer at the Federal University, Otuoke, Okaba, was elected at Yenagoa as the new National President after he polled 162 votes to defeat three other candidates, Mr Fredrick Owotorufa , Dr Chris Ekiyor and PY Biakpara .

Also speaking, the Publicity Secretary – elect, Engineer Oyakemeagbegha Ezonebi, expressed delight in the peaceful nature of the electoral process, recalling that the process was hijacked by hoodlums in 2019 and had to be declared inconclusive.

He commended Governor Douse Diri of Bayelsa State and Professor Fubara Dagogo led Electoral Committee for a job thoroughly done and assured that the new Executive Committee would provide quality leadership that would make the Ijaw nation proud.

Related Topics:Okaba Promises To Usher New Dawn For Ijaw Nation
Up Next