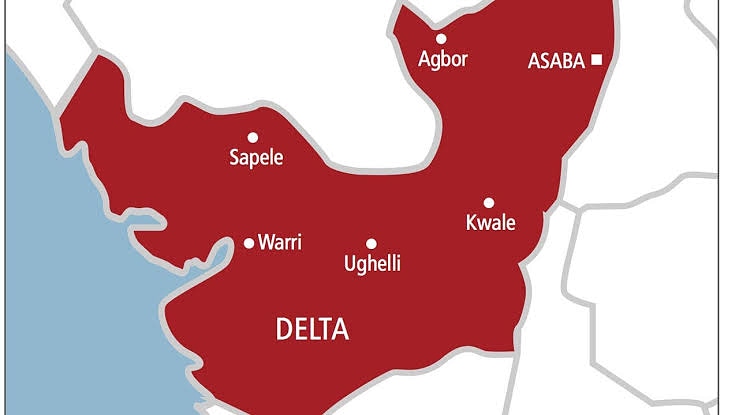 UGHELLI____THE lingering crisis between Iwhreko and Ekiugbo communities, Ughelli North Local Government Area, Delta State, over the ownership and control of the Ughelli Main Market, degenerated weekend, as one person was reportedly beheaded and set ablaze in the mayhem which has engulfed the areas.

The incident which occurred on Saturday, came two days after about three persons were reportedly shot dead around the market premises.

The development has caused tension in the communities and part of the Ughelli metropolis as panic-stricken residents of adjourning streets have left the areas deserted.

Similarly, shops in the market premises have been under locks and keys since Thursday with traders adopting a stay-at-home approach to avoid being caught in the mayhem.

The communities have been at loggerheads over the ownership of the land on which the market is located for over seven years, a matter that is said to be before the state government.

Meanwhile, the Urhobo Progress Union, UPU, Worldwide, has appealed to the warring communities to sheathe their swords and allow constitutional and traditional authorities to look into their grievances and bring a permanent solution to the lingering crisis.

UPU, in a statement by its National Publicity Secretary, Hon. Abel Oshevire noted that: “Our President-General, Worldwide, Olorogun Dr Moses Taiga, JP, is very worried and unhappy at the renewed hostilities between the two sister communities and appeals to them for calm.

“The aggrieved parties should lay down their weapons and allow the relevant arms of Government, traditional leaders and other stakeholders intervene in the matter. Communities can only enjoy economic growth and prosperity in an atmosphere of peace. With economic prosperity comes development, with a positive and lasting spiral effect on both communities.

“As Urhobo people, we share a common ancestry and blood links. Our tradition and culture, importantly the laws of the country, forbid the shedding of blood and destruction of properties. No piece of land or property is worthy of any form of blood-shedding or destruction, especially by children of common blood and ancestry.

“The UPU emphasises that peace between the communities is crucial to finding a lasting solution to the lingering dispute, and therefore calls on the Chairman of Ughelli North LGA and the State Government to urgently intervene in this unending hostilities over the Ughelli Main Market by evolving a permanent solution.

“We are also appealing to both political and community leaders of Ekiugbo and Otor-Iwhreko to step into the matter immediately and call their wards to order. The matter must not be allowed to escalate beyond the present state.”