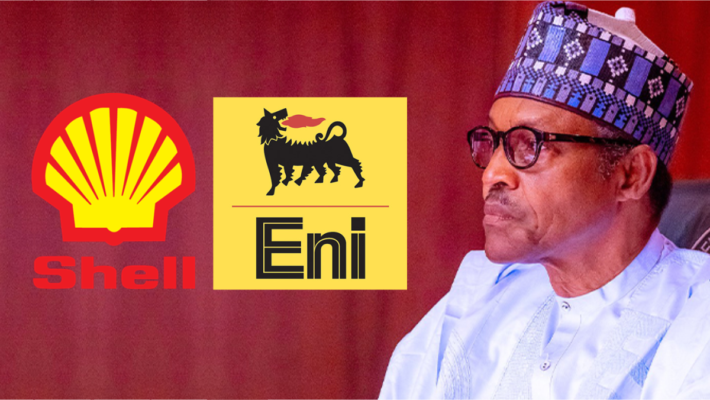 The license for the block, estimated to hold 482 million barrels of economically recoverable oil, expired on May 11.

The Nigerian government has regained control of its OPL245 oil block, ten years after Shell and Eni paid $1.3bn for the license in a scandal plagued deal that sparked numerous criminal investigations and trials.

The license for the block, estimated to hold 482 million barrels of economically recoverable oil, expired on May 11. Eni confirmed the expiration in response to questions at their 2021 annual general meeting.

The licence expired before the conclusion of the Milan and Nigerian court proceedings.

TrackNews Online gathered that President Muhammad Buhari in March 2019 rejected Shell and Eni’s request to develop the block while corruption trials were ongoing. He ordered that no further correspondence would be considered until criminal and civil court proceedings in Milan and London related to the 2011 deal had been concluded.

On March 17, the Milan court acquitted 15 defendants linked to the two oil giants, on charges of alleged corruption over the deal.

“Of course, we could not rule out the possibility of an acquittal, even though this case had insufficient evidence. By acquitting Eni, Shell and their managers and intermediaries under Article 530.1 of the Italian Code of Criminal Procedure, the court ruled that no crime had been committed,” says Antonio Tricarico of the Italian transparency NGO, which has been following the trial since it began in 2018.

Although both companies and the accused managers, including Eni boss, Claudio Descalzi have repeatedly denied wrongdoing.

Eni reportedly instituted a claim at the International Centre for Settlement of Investment Disputes, seeking compensation from Nigeria for the non-conversion of the license.

Nigeria however disputed Eni’s claim that “it is legally certain that Eni has accrued the right to conversion” and has argued that Nigeria’s legal strategy is driven by “undisclosed interests.”

Anti-corruption campaigners HEDA, have applauded the stance taken by Nigeria and added that Shell and Eni should accept that they have lost the field.

“The rule of law demands that no-one should be above the law. Shell and Eni’s deal for this license was deeply flawed. It would have been totally egregious to convert the license while the companies are still on trial for corruption in Nigeria and proceedings in Milan may not be concluded. Now that the license has expired, Shell and Eni should accept that they have lost the field.” Lanre Saraju, Chairman of HEDA said.