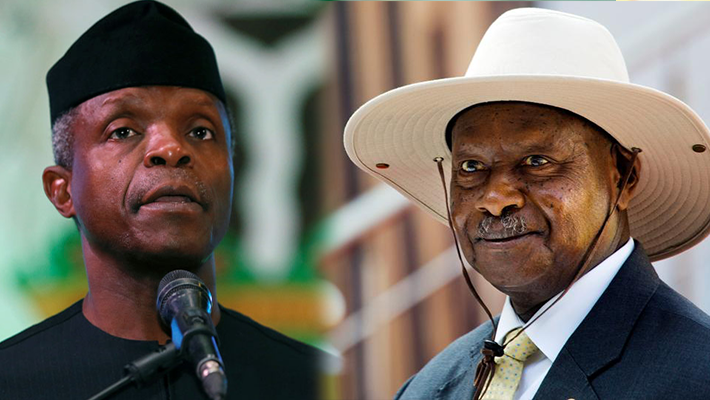 Mr Museveni, who rose to power through a rebellion, has been ruling Uganda since 1986.

Vice President Yemi Osinbajo has arrived in Kampala to represent Nigeria at the inauguration of re-elected Ugandan President Yoweri Museveni.

Mr Museveni, who rose to power through a rebellion, has been ruling Uganda since 1986.

The event, which comes up on Wednesday (today) at the Independence Grounds in Kampala, will be Museveni’s sixth inauguration as a democratically-elected leader.

Nigeria and Uganda share cultural, social, and economic similarities and enjoy a good diplomatic relationship, including working together as member-states of the Commonwealth, the African Union, and the United Nations.

Related Topics:Osinbajo in Kampala for Museveni’s inauguration
Up Next