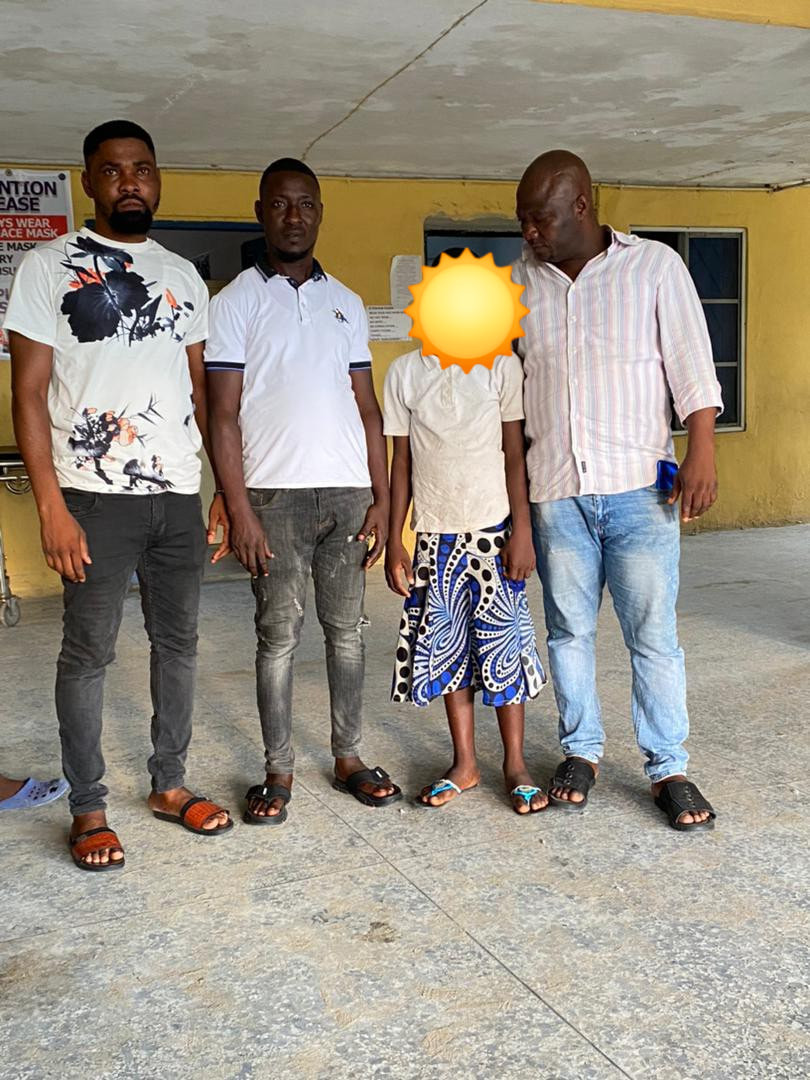 A 49-year-old pastor with the Deeper Life Bible Church, Jonah Agbenor, has been arrested for allegedly raping a 10-year-old girl in Delta state.

It was gathered that the incident happened at Ekrokpe community in Ughelli South Local Government Area of the state.

Human Rights activist, Israel Joe, who disclosed this on Tuesday, May 25, said the suspect is currently being detained at Otu-Jeremi Police Station.

He further disclosed that the incident has left members of the community in shock as the accused happens to be a close friend to the father of the victim.

“A 49 Years Old Deeper life Pastor Jonah Agbenor have allegedly defiled a 10 years old girl repeatedly. We have been on his trail since Thursday last week and he was finally arrested and he is currently detained at Otu-Jeremi Police station.

“The incident which took place at Ekrokpe community Ughelli South Local Government Area has left the area in absolute shock be the pastor is a very close friend to the father of the little girl,” he wrote.

“More than 15 pastors have been prevailing on us to put the issue aside and allow God be the judge but I asked if he realised God would judge when he was everyday sexually abusing the little girl with threats that if she spoke out she would die.

“I, at this point call on the DPO Otu-Jeremi never to compromise the investigations as we are no longer comfortable with his plea for peace. It is a criminal offence and should be transferred to state Headquarters for further investigations and prosecution

“Being a pastor does not keep one immune from issues of criminal prosecution. Thanks to our Cdhr Orhuvworun/Usiefrun unit for following up this matter from day one. Let’s collectively tell the Police DPO 07065959504 to do the needful.” 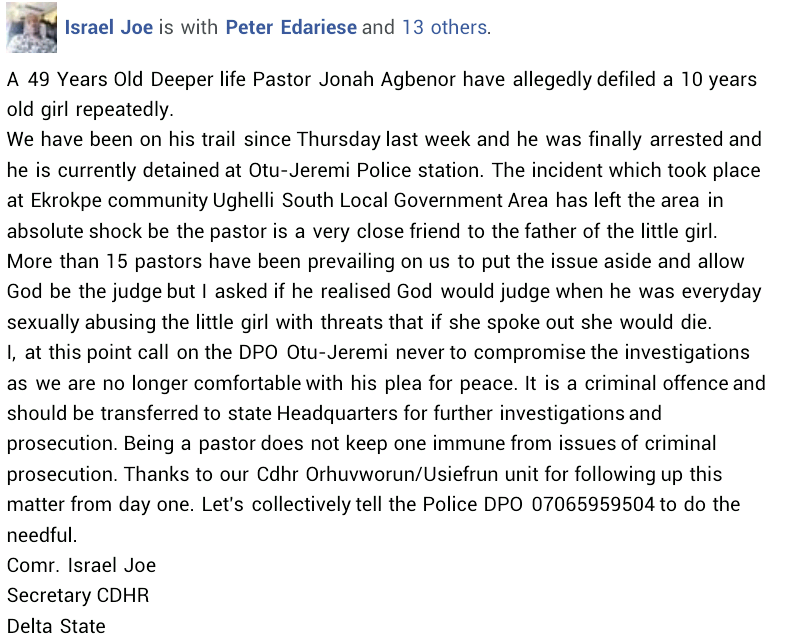 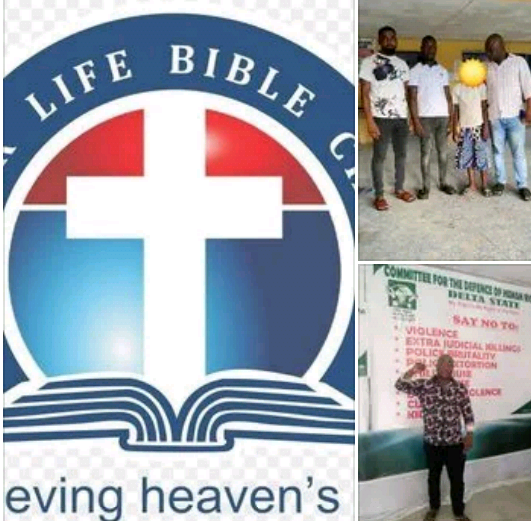 Related Topics:Pastor arrested for allegedly raping his friend's 10-year-old daughter in Delta
Up Next