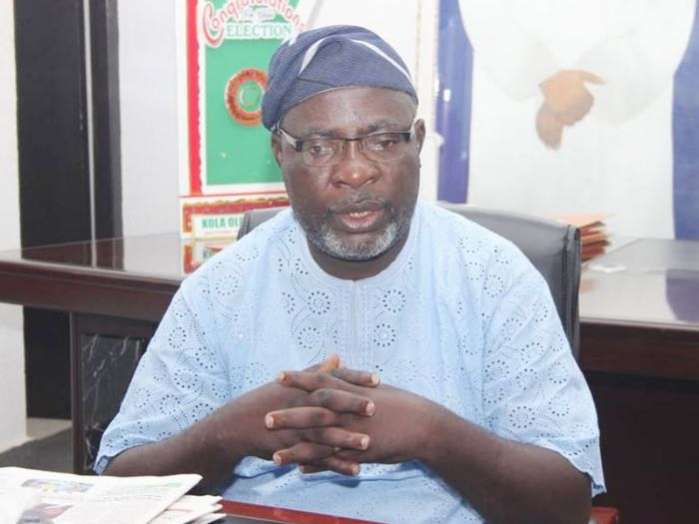 The National Publicity Secretary, Kola Ologbondiyan, “He is fully aware of the constitutional implication of his decision to defect to another party; which is that he cannot continue to occupy the seat of the PDP in the Senate.

The Peoples Democratic Party has demanded the immediate sacking, investigation and prosecution of the Minister of Transportation, Rotimi Amaechi, as well as the suspended Managing Director of the Nigeria Ports Authority, Hadiza Bala Usman.

The party based its demand on the “over-exposed looting of over N165 billion” in the NPA.

This is contained in a statement signed by the National Publicity Secretary, Kola Ologbondiyan, and issued on May 10, 2021.

The statement read partly, “The foul stench of corruption oozing out of the NPA, NDDC and other agencies of government in the last six years has shown that our MDAs have become the cash cows and Automated Teller Machines (ATMs) of greedy leaders of the All Progressives Congress (APC) and their cronies in government in their unbridled looting of our patrimony under President Muhammadu Buhari’s watch.

“Our party asserts that the fact that it took the minister a clear six years (2016 to 2021) to query the NPA Managing Director over the alleged looting of N165 billion unremitted operating surplus of the agency, which is under his purview, is suspect and raises public belief that he (Amaechi) only acted apparently to shied himself after indicting audit documents had already been exposed.

“The audit report also exposed another N15.18 billion allegedly siphoned through shady Corporate Social Responsibility (CSR) projects by the NPA, an agency under Amaechi’s ministerial purview. The PDP, therefore, rejects the obvious attempt at a coverup in the recourse to an Administrative Panel of Enquiry recommended by the Transport Minister to investigate the NPA fraud, in which he also has some questions to answer.

“Our party insists that both the minister and the indicted NPA Managing Director should be handed over to the Economic and Financial Crimes Commission (EFCC) for investigation and possible prosecution.

“Moreover, Nigerians are appalled that fingers of fraud allegation are also pointing to the wife of the Transport Minister in a N48 billion contract scam under the sacked NDDC’s Managing Director, Nelson Bambraifa, who was reportedly nominated into that position by the minister of transportation, Amaechi, but fired on allegations of corruption.

“The PDP describes as unpardonable that the humongous sum in the NDDC contract scam involving the wife of the transport minister was allegedly siphoned under the guise of offering training to unsuspecting youths in the area.

“It is indeed disgraceful that under the APC that promised to fight and end corruption in our country, the public space is awash with revelations of sharing of government revenues among concubines, wives, girlfriends, and family members of top APC leaders. This can only happen under the watch of an absentee president, who also condone corruption.”