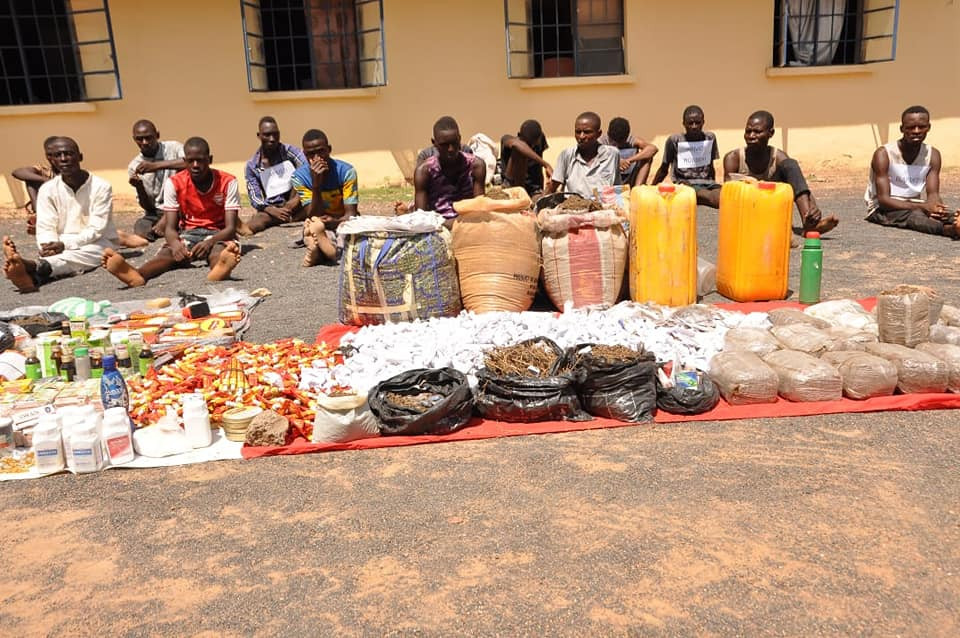 52 suspects have been arrested in Adamawa State for various offences ranging from kidnappings, armed robbery, rape and possession of illicit substances.

Briefing newsmen on Tuesday, May 25, the State Commissioner of Police Adamawa, Aliyu Adamu Alhaji, disclosed that the suspects were arrested between March to May 25, in raids carried out by Anti Kidnapping Unit, Anti Shila Squad, and the State Intelligence Bureau of the Command. 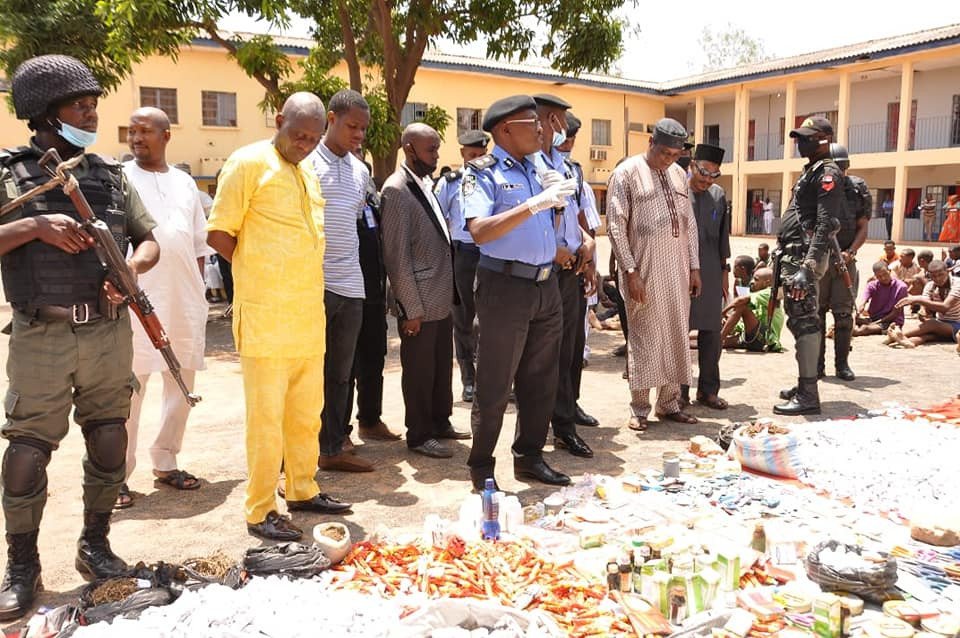 “52 suspects were arrested and 20 prohibited firearms with 1000 rounds of ammunitions, large quantity of hard drugs, diazepam, tramadol, exzole, about 50.70 kilograms of weeds suspected to be Indian Hemp and rubber solution among other substances valued at N3 million naira were recovered,” the CP stated. 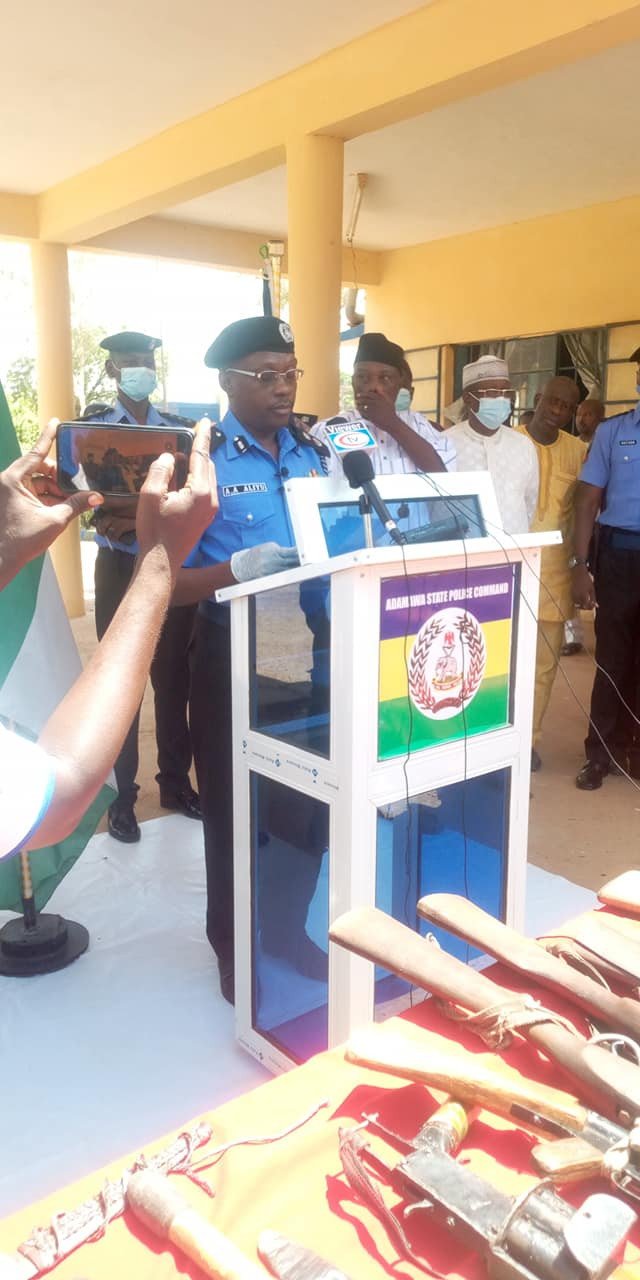 The Commissioner also said that two repentant kidnappers surrendered two G3 refiles with breach number 58607 and 52007 and five rounds of live ammunitions to the command.

According to him, the command is investigating the circumstances surrounding the men being in possession of the rifles and assured residents in the state of security of lives and property.

The commissioner said that the recovered intoxicants that are not exhibits before the court would be handed over to NDLEA for necessary action.

Meanwhile, the CP has denied report of a cell break that led to the escape of about 40 suspects. 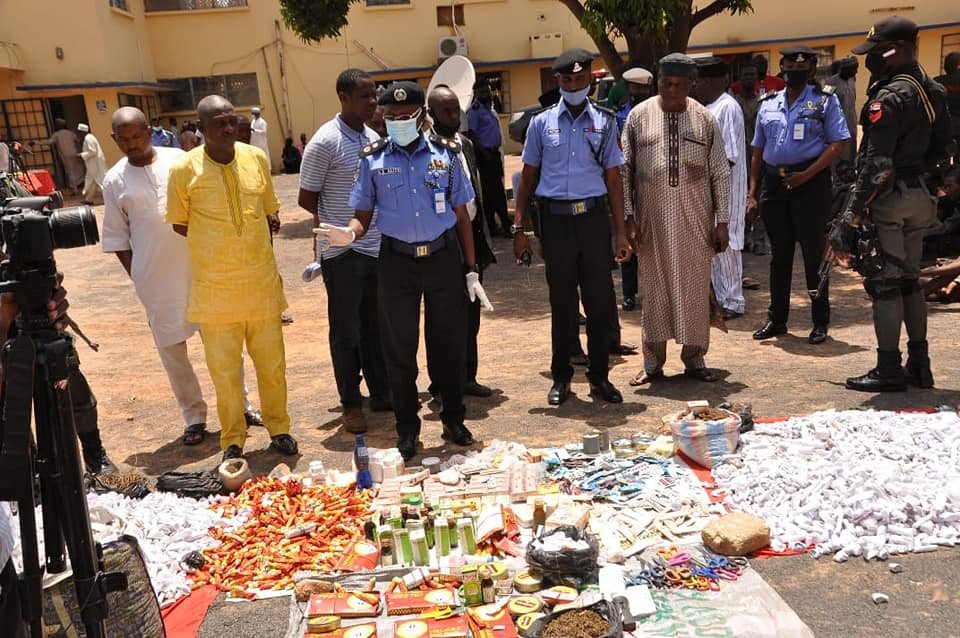 “It was not a cell break but escape from lawful custody, which happened while officers were in the process of handing over duties. Out of the 40 suspects, 30 were arrested on the spot and from the 10 now at large, 3 were apprehended and with the collaboration with other agencies and groups, the remaining seven will not escape from being reiterated, this I can assure you, In Sha Allah” he added. 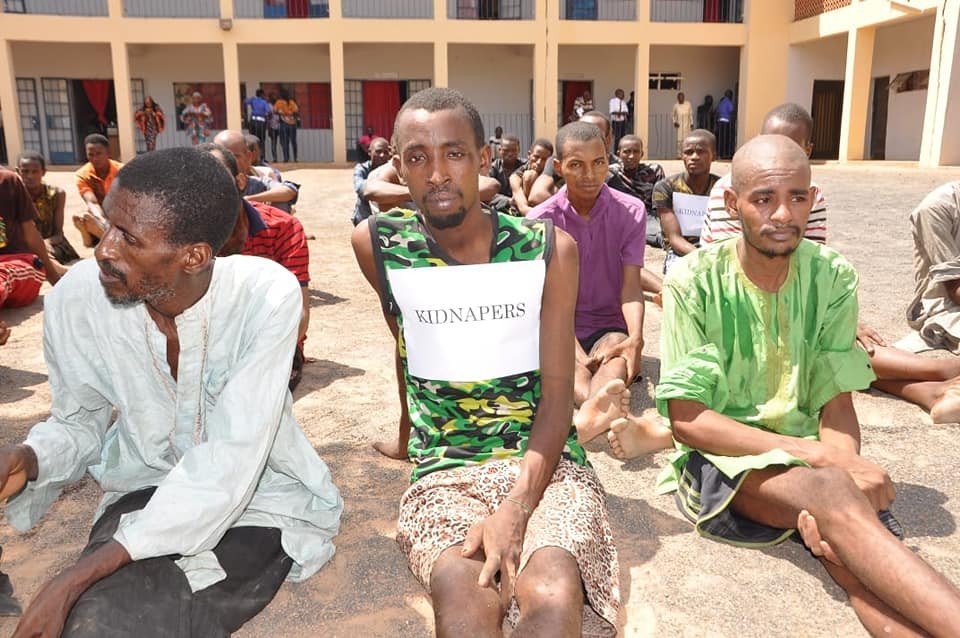 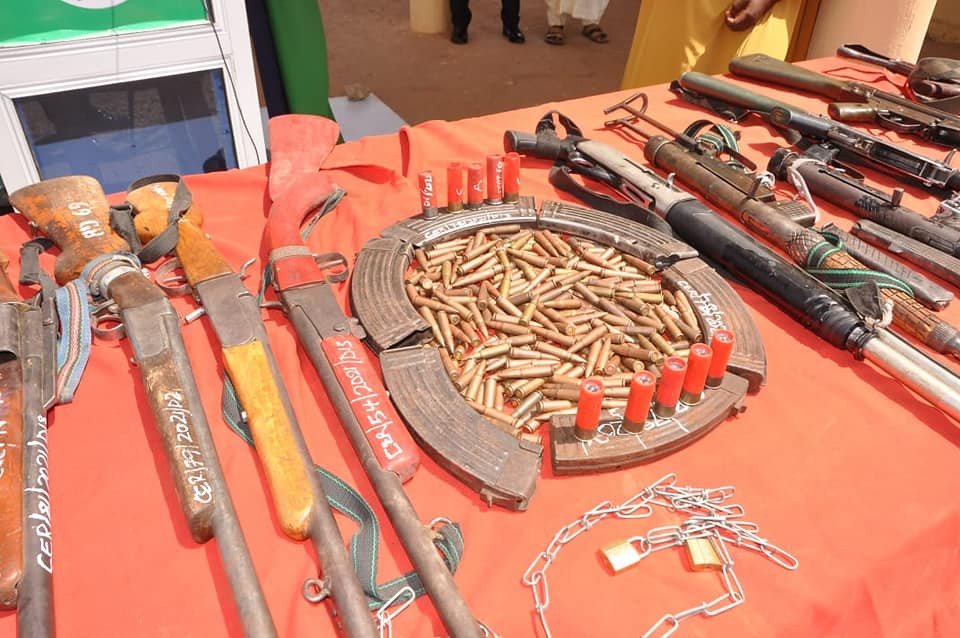