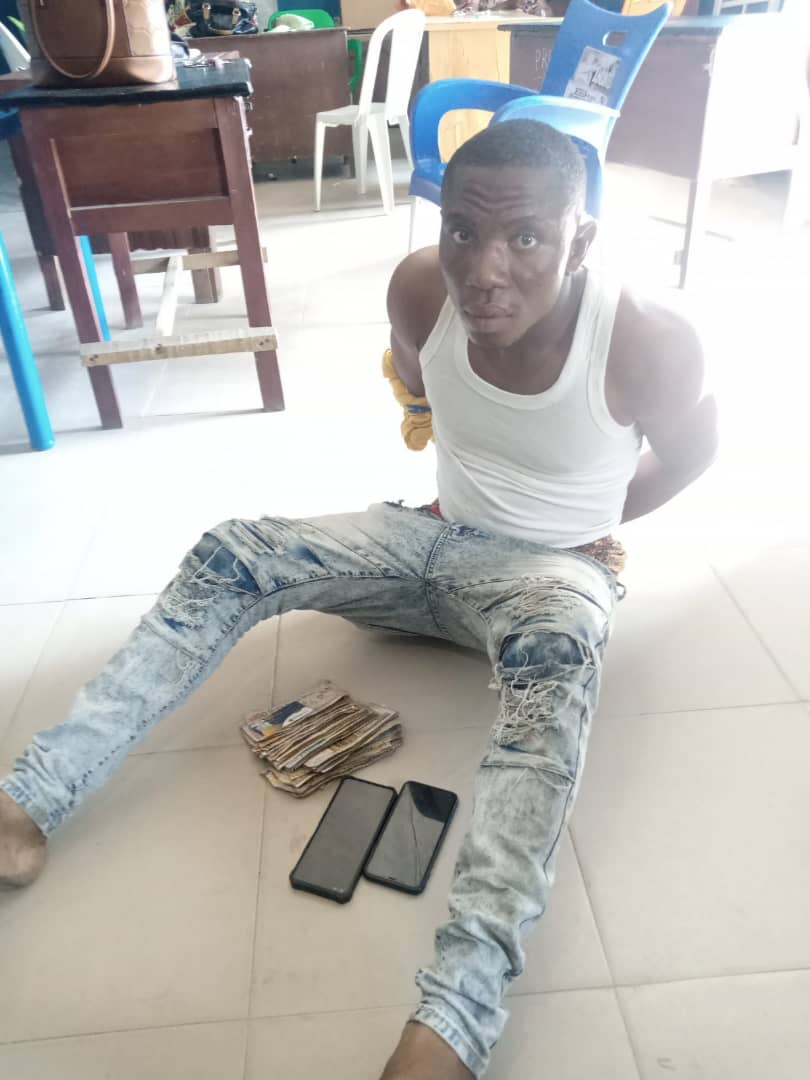 The suspect was arrested after he allegedly robbed and withdrew the sum of eighty thousand naira with the ATM of his victim identified as Ogaga.

The suspect and three other members of his criminal gang in a commercial tricycle allegedly robbed the said Ogaga at PTI.

They forcefully dispossessed the victim of his mobile phone as well as his ATM card and phone number.

The suspect and the others thereafter went to an ATM and withdrew eighty thousand naira from his account.

However, the victim promptly rushed to the operatives of the Safer High Way Patrol Team who were stationed at PTI junction at the time.

The Police Operatives were reported to have gone after the suspects and traced them to a near by bank where they had already withdrawn the money from the victim’s account.

One of the suspects, Daniel Samuel of Jakpa road Effurun, Warri was arrested.

The victim identified Samuel as one of those who robbed him and also identified his ATM card.

The Police noted that” the tricycle with reg. EHR 433 LR used by the suspects have been recovered.

“One Daniel Tenebe of Orerokpe who claimed to be the owner of the tricycle have also been arrested.”

Related Topics:000 from victim’s account in DeltaPolice arrest suspected armed robber for withdrawing N80
Up Next