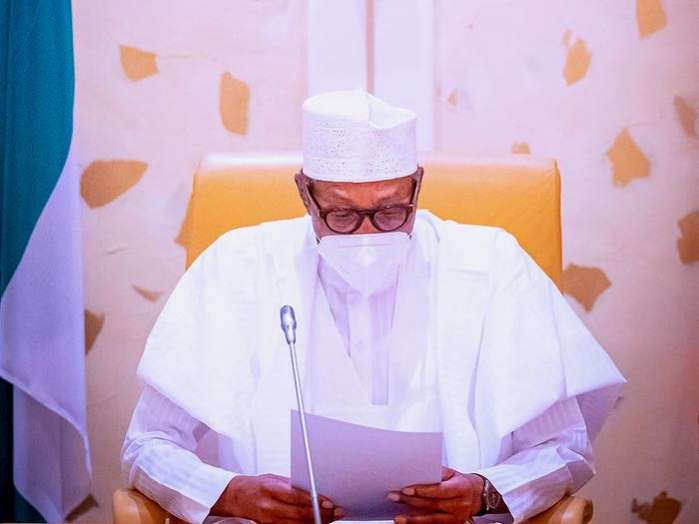 President Muhammadu Buhari is presiding over a high-level security meeting at the State House over the rising insecurity in the country. In attendance are Vice President, Yemi Osinbajo, as well as Secretary to the government of the federation, Boss Mustapha, Ministers, Service Chiefs, acting Inspector-General of Police and Intelligence chiefs.

President Muhammadu Buhari has warned against attacks on police and military formations in the southeast.

In a statement by his spokesman, Garba Shehu, the president condoled with all who lost family members due to what he described as the “madness” going on in parts of the country.

The Eastern Security Network (ESN), the militant wing of the Indigenous Peoples of Biafra (IPOB), is suspected to be behind the spate of attacks on military and police formations in the southeast.

Buhari called on all local leaders to talk to their youths and warn them against being used to incite and foment violence.

The president asked: “If we attack institutions guarding us, who will protect us in future emergencies?”

The latest of such attacks happened on Sunday. Hoodlums suspected to be affiliated with the proscribed IPOB razed Ubani Police station, along Umuahia-Uzuakoli-Akara road, in Bende Local Government Area of Abia State.

The police station, which was established to serve the Ubani International Market and a private housing estate along the road, was attacked by the arsonist in the early hours of Sunday.

Newsmen gathered that the station is no longer in use by the police as they have relocated inside the TradeMoore Housing Estate.

Related Topics:President Buhari warns against attacks on security formations
Up Next