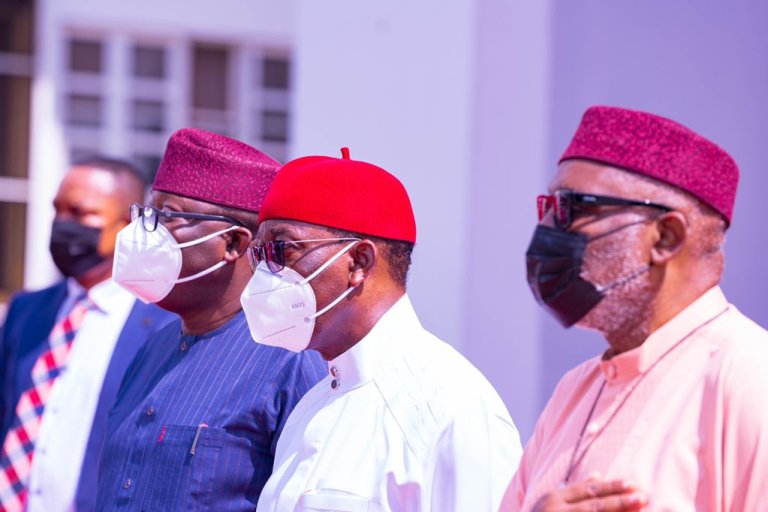 The Herald had reported that the governors at a meeting in Asaba, Delta State on Tuesday banned open grazing and advised President Muhammadu Buhari to take urgent steps to restructure the country.

The governors added that a national dialogue must be convoked to address the salient issues confronting the nation.

Reacting, the National Publicity Secretary of the ACF, Emmanuel Yawe backed other resolutions of the governors but opposed restructuring.

He said that before deciding on the restructuring of the federation, the nation must first decide whether it wants to remain one indissoluble unit or not.

“Our position on this is informed by the fact that some of the advocates of restructuring are at the same time advocating the dissolution of Nigeria. Are they believers in Nigeria at all? We must all agree to let Nigeria be, before we move forward,” Yawe told The Punch.

ACF said it had nothing against the call on President Muhammadu Buhari to address Nigerians on the concrete steps he has been taking to address insecurity in the land.

The apex Northern group also backed the ban on open grazing, noting that Miyetti Allah Cattle Breeders Association (MACBAN) had called for the establishment of ranches\

“There is nothing wrong with their call on the President to talk to Nigerians. As a politician, he should jump at any opportunity to communicate with the electorate.

“On the issue of ban on open grazing, I don’t think there is problem here with the stand of the ACF.

“At our last National Working Committee meeting in Kaduna, the national leader of Miyetti Allah Cattle Breeders Association of Nigeria spoke to us at length.

“He said he and his organisation had decided that the only way forward, and that in the interest of MACABAN, was to embark on ranching and that they were waiting for government’s policy.

“If MACABAN wants open grazing banned, not only in the southern part of Nigeria but all over Nigeria, who are we to say otherwise?

“On the issue of dialogue, the ACF has always believed in this if the aim of the dialogue is to promote the unity and progress of the whole country, our forum will hold dialogue with any state and group of people that share our cherished ideals of unity, justice, peace and progress,” Yawe stated.

Related Topics:Restructuring: Southern Governors Aiming To Break Up Nigeria – ACF
Up Next