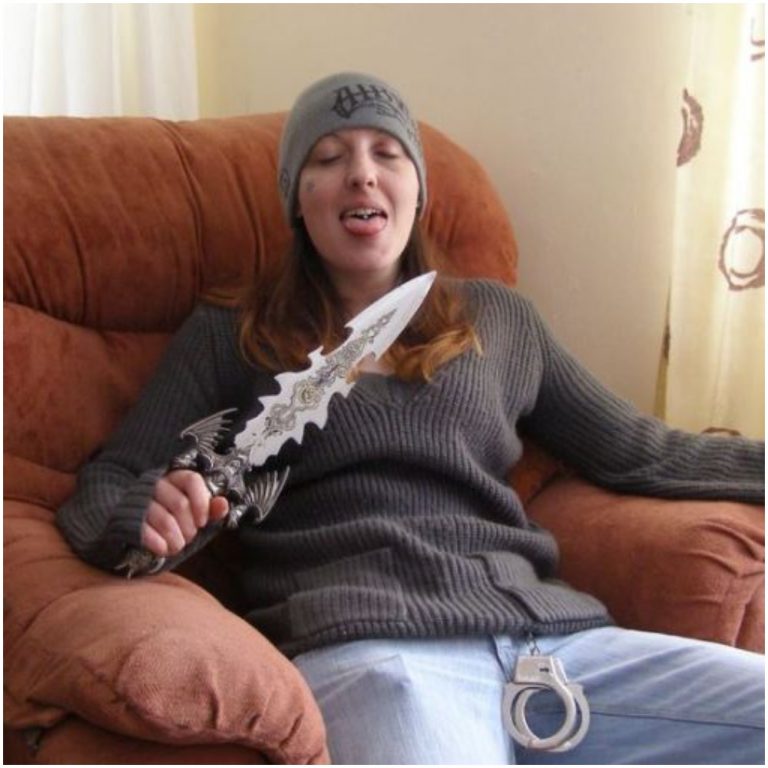 A Joanna Dennehy, a serial killer is set to marry street robber Hayley Palmer after they fell in love behind bars. Naija News reports.

TrackNews Online understands that street robber Hayley, who served a 16-year sentence, has already changed her name to Dennehy, who is serving a life sentence. The killer Joanna proposed to Hayley after they met at the privately-run HMP Bronzefield women’s prison.

“It’s a very strange relationship. It’s very weird to say but they seem good for each other.

“Hayley speaks about Joanna like she’s her high school sweetheart. They talk every single day and fully intend to get married.

“Hayley joked that they would not be allowed to cut their wedding cake because there’s no way that they’d let Joanna have a knife.

“They want to be married by the end of the year. They’re both committed to it.”

Now Hayley’s out of prison, she’s petitioning for permission to get married as soon as they can.”

Joanna Dennehy is one of only two female prisoners serving a whole life sentence in the UK, the other being House of Horrors killer Rose West.

Hayley Palmer is said to have already altered her name to Dennehy.

Dennehy stabbed three men to death over 10 days in March 2013, before knifing two others, both of whom survived.

Branded “pure evil” by criminology experts, Dennehy, of Peterborough, Cambs, said she committed the murders because it was “fun”.

Her victims’ bodies were found in ditches in Cambridgeshire.

The source added: “According to Hayley, the only reason Joanna hasn’t killed anyone in prison so far is because she wouldn’t let her.

“They have an agreement that Joanna couldn’t attack anybody else while she is in a relationship with Hayley.

She hasn’t got in trouble in prison while dating Hayley and Hayley is more stable than ever.”

“Joanna is the more girly one so Hayley would not wear a dress for the wedding, she’d probably wear a suit.”

It was reported that Joanna Dennehy had wanted to kill nine men in total, to be like killers Bonnie and Clyde.

She was caught two days after going on the run when police launched a triple murder probe.

At the Old Bailey, judge Mr Justice Spencer told her: “Although you pleaded guilty, you’ve made it quite clear you have no remorse.”

“You are a cruel, calculating, selfish and manipulative serial killer.”

Related Topics:Serial Killer Sets To Marry Her Lesbian Lover She Met In Jail |Photos
Up Next