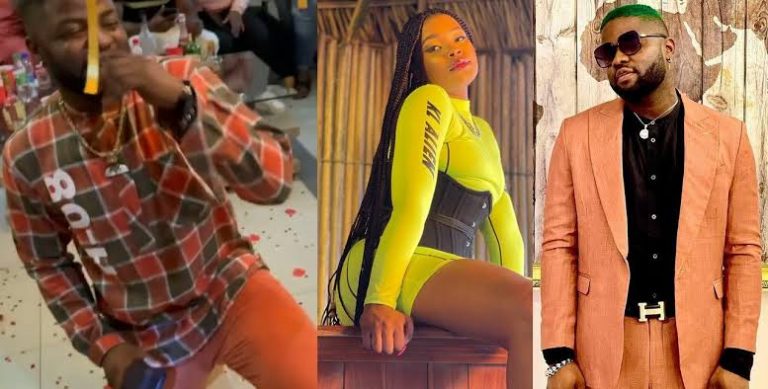 Skales had announced their engagement in March 2021.

Their traditional wedding was attended by many celebrities including Tanzanian music star, Harmonize.

The music star shared a video from the wedding via his Instagram page.

In another development, Controversial Nigerian crossdresser Okuneye Idris Olanewwaju better known as Bobrisky, has taken to his social media handle to reveal he has a vagina.

This comes after the controversy and backlash that has trailed popular Yoruba actor, Olarenwaju James better known as Baba Ijesha became intense following his arrest for raping a minor.

“I Get Depressed When Men Stare At My Boobs” – Instagram Comedienne, Mummy Wa

CONGRATULATIONS! Kizz Daniel Welcomes A Set Of Twins On His 27th Birthday (Photos)