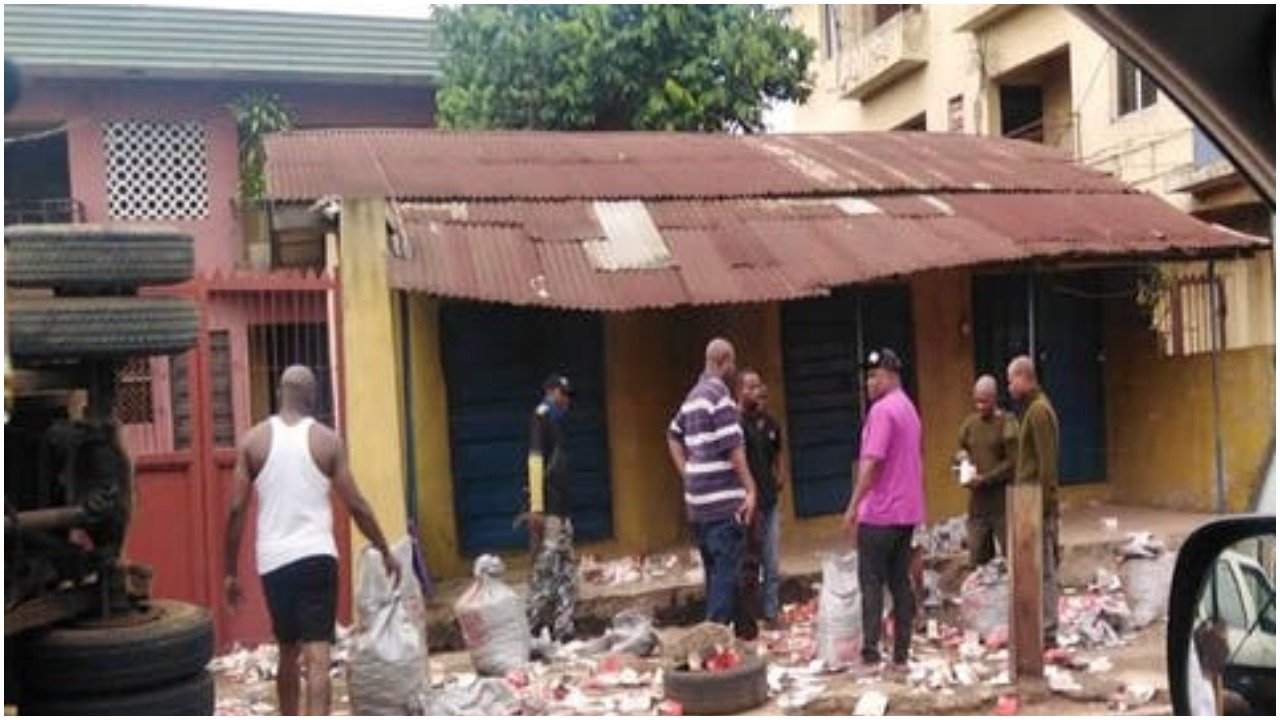 There was tension in Onitsha on Sunday following the discovery of a truck fully loaded with live bullets.

TrackNews Online reports that the truck fully loaded with cartons of live bullets fell into a ditch along the street, spilling its content.

The incident happened at the Awka Road in the morning as worshipers made their way to church.

A source who confirmed the incident said: “The truck fell, and the entire street was full of bullets. Some boys even scooped some with their hands and ran away, before security people arrived the scene.”

The source said the driver of the truck and his truck attendant abandoned the truck after the accident occurred, disappearing to unknown destination.

But another source said the driver was arrested by the police.

“The incident attracted heavy security presence to the Awka Road area and Shoprite axis of the city this morning. The police first arrived the area before soldiers came. They later brought a tipper, and used payloader to scoop bullets into the tipper.

“The Tipper had to make three trips to carry all the bullets to unknown destination before the truck was finally towed out of the ditch,” the source stated.

TrackNews Online reached out to the State Police Public Relations Officer, DSP Tochukwu Ikenga, for confirmation, he denied knowledge of the incident, saying that he would find out and get back to our reporter.

As of the time of filling this report, he was yet to get back to the reporter on his discovery.

Related Topics:spills content in OnitshaTension as truck ladden with live bullets falls
Up Next