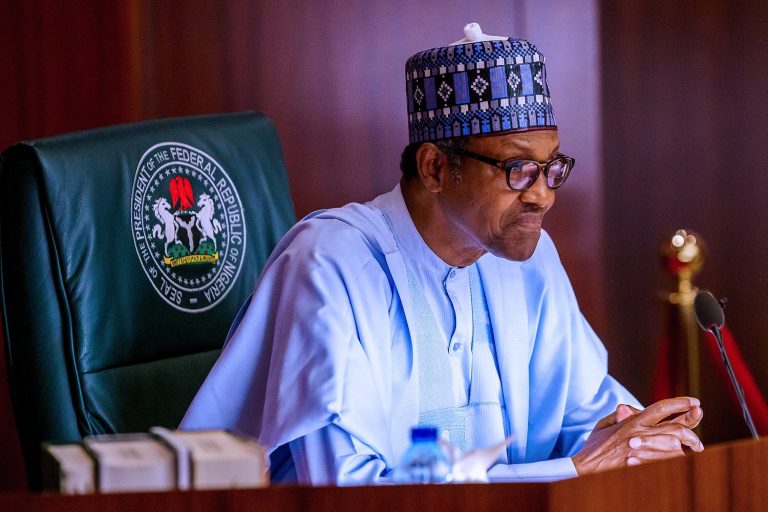 As I concluded this essay, it occurred to me that it corresponds with the sixth year anniversary of Nigeria’s President Muhammadu Buhari. He will leave office on May 29, 2023, after completing two four-year terms approved by the constitution. Curiously, in recent weeks, his government has issued direct and indirect alerts about “plans” by yet-to-be-disclosed persons to oust the retired General, from Katsina State, through undemocratic means.

The presidency notified the public that some highly-placed members of the society were working against the President and pushing for his unceremonious exit. “Disgruntled religious and past political leaders” were accused of plotting to throw the country into crisis to compel a forceful and undemocratic change of leadership.

In 2021 alone, Information Minister, Lai Mohammed, and presidential spokespersons Femi Adesina and Garba Shehu have signed statements that partly or entirely suggest something is brewing. It’s not a coincidence. Of course a cross section of the populace believe the alarm and have advised all Nigerians and the international community to take note.

On May 3, in a response to Prof. Robert Clarke’s call for military takeover, Brig. Gen. Onyema Nwachukwu, Director of Defence Information, proclaimed the Armed Forces’ commitment to democracy. The spokesman pledged loyalty to the President, the constitution, and told officers and men “it is treasonable to contemplate illegality”. Personnel colluding with people having “agenda” will face the law, he vowed.

On May 2, the Department of State Services (DSS) said it would no longer tolerate individuals and groups pursuing anarchy. Peter Afunanya, the Public Relations Officer directed the warning to secessionists and politicians. The secret agency hinted of “deliberate machinations by subversive and hostile groups serving the interests of their sponsors”. The DSS reaffirmed its unambiguous support to a united Nigeria and the constitution.

There is a saying that goes, “There is no smoke without fire”. The presidency must have been briefed about mutiny; the military might have noticed a romance between its personnel and influential civilians; the DSS probably intercepted calls and scheme of treasonable acts. The question: Is there truly a clandestine plot for another coup, war in Nigeria?

Africa’s most populous state has had its share of misfortune and sadly, the adversity is far from over. At a discourse on Nigeria’s national and human security challenges, Prof. Ufo Okeke-Uzodike, the Director of African Heritage Institution regretted that “after over six decades since independence, Nigeria is struggling to achieve basic human security needs of its people.”

After gaining independence in 1960, Nigeria was dragged into multiple coup d’etat. In December 1983, Buhari, then a Major General, was part of the leaders that overthrew the elected government of Shehu Shagari, Second Republic. He became Head of State and was evicted in August 1985 when officers led by Ibrahim Babangida rebelled. Not many will argue that the years of uncertainty and shuttle between military and civilian rule affected our progress.

Since the return to democracy in 1999, the country has had uninterrupted autonomous leadership. But the fear of a military intrusion has never been this rife in the last 22 years. Many cite the tension across the nation over farmers-herders crisis, break up vociferation, the spate of terrorism, banditry, kidnappings, killings and the events in Chad and Mali. Again: Are there coup plotters targeting the President?

Although citizens are incrementally emphatic in their declaration of opposition to the Buhari administration, I strongly believe that a forcible regime change is not the solution. Headlines around the world announcing a coup in Nigeria in year 2021 are better imagined. The people must avoid actions that will confirm the perceptions in some quarters that we have refused to break a generational curse.

The elite must allow democracy work. It is sheer lunacy to take a few steps forward and many backward in a race. The big men at odds with the incumbent authority should put it on its toes, step up constructive criticisms and condemn accordingly. While they have the right to demand for better leadership, any plan to dethrone the government illegally must be jettisoned.

Most of those joining the masses to wail, and possibly among adherents of a putsch, toiled day and night to ensure the installation of Buhari and the All Progressives Congress (APC). They should bury their heads in shame for failing to envision all that is happening. We are in greater debt yet borrowing, ministries and agencies are being indicted for corruption, the unemployment rate remains high, the number of displaced persons increasing, while citizens strive to cope in a struggling economy amid scant welfare.

To the federal government, while the intelligence community figure out conspirators, it should be accountable, fight graft, block loopholes, reduce the cost of governance, and fast track policies to boost the economy. The problems fueling insecurity must be tackled. Things cannot go wrong and you expect the people to keep quiet. Rather the threats, continuous dialogue and stakeholder engagement should be deployed to calm frayed nerves.

I believe some recommendations of the National Conference organized by the Goodluck Jonathan administration should be implemented. The President should raise a team of administrators, statesmen, academics, and sectoral leaders – in business, communities, politics, religions – to pick out areas that address the current challenges. Buhari need not like the entire report of that convention, but to snub completely is not good judgement.

The government must handle secession calls wisely. While some have declared no going back on their agitation, others have listed demands to be met before they soft pedal. The authorities should extract the workable requests and go into action. Most Nigerians are tired of extant nepotism and injustice. At a meeting Northern leaders held with Buhari after his election in 2015, Maitama Sule, late ex-diplomat and éminence grise, advised the President to make “justice” his watchword. He mentioned the word several times in his speech. Did Buhari take heed of Sule’s counsel?

Nigerians should think deep and be wise. Some advocates of coup and war have the resources to fly out family members before a major unrest breaks out. If you decide to join them to destroy the country, you and your loved ones will be consumed. I often refer to the 1993 violence that trailed the annulment of Moshood Kashimawo Olawale (MKO) Abiola’s victory because I was a witness. It was a terrible experience. Coup/war is not a stage play; the current apprehension must be de-escalated.

On restructuring, the APC committee on the issue submitted its report containing several suggestions in January 2018. Nothing has been said or heard since then as though it is worthless. Was the ruling party serious about restructuring ab initio or they only used as an additional prop to attract voters ahead of the 2019 general elections? Also, anyone else noticed the ‘Change’ mantra has subsided?

Related Topics:Wale Odunsi: Buhari And The Fear Of Another CoupWar In Nigeria
Up Next

Nigerians Will Miss Buhari When He Leaves Office