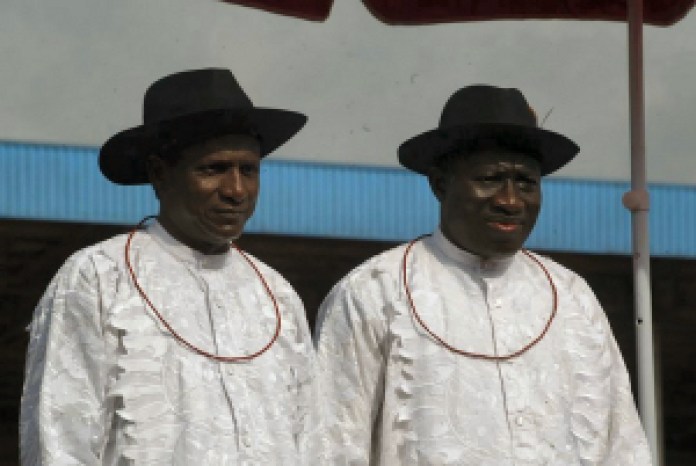 Former President, Goodluck Jonathan, on Wednesday, noted that late ex-president, Musa Yar’Adua, would always be remembered for being a peacekeeper.

Goodluck stated this in a post on his Twitter account on Wednesday to mark the 11th year remembrance of Yar’Adua who died in 2010 while still in office as Nigeria President.

Recall that the late President was reported dead on May 5, 2010, and was buried on May 6 in Danmarna, Katsina State.

Goodluck, who was serving as vice president at the time and was sworn in as president on May 6 as the Nigerian Constitution demands.

GEJ while remembering his boss described him as “a peacemaker, nation builder and democrat whose timeline was defined by virtues of service, peace, truth and love”.

He wrote, “Today, I celebrate my boss, friend, colleague and brother, President Umaru Musa Yar’Adua who departed this world 11 years ago.”

“As politicians, we shared a common vision of a peaceful, united and just nation. President Yar’Adua kept faith with this vision, channelling his strength and time in pursuit of an egalitarian society, until his last breath.”

“Although out of our sight, his legacies live with us and his memory we will continue to cherish.”

“We will always remember him as a peacemaker, nation builder and democrat whose timeline was defined by virtues of service, peace, truth and love”.

Meanwhile, the Governor of Kaduna State, Nasir El-Rufai, on Tuesday, disclosed that former President, Goodluck Jonathan, almost put him in prison because he felt he was a threat to his second term ambition.

El-Rufai, in an interview published in The Point, said although the former President was his very close friend during his days as Bayelsa State deputy governor, he persecuted him because he believed those who told him that he was a threat.

Related Topics:We Will Always Remember Yar’Adua As Peacemaker – Goodluck Jonathan
Up Next

Mbaka: You Are Bunch Of Ingrates – Buba Galadima Knocks Presidency