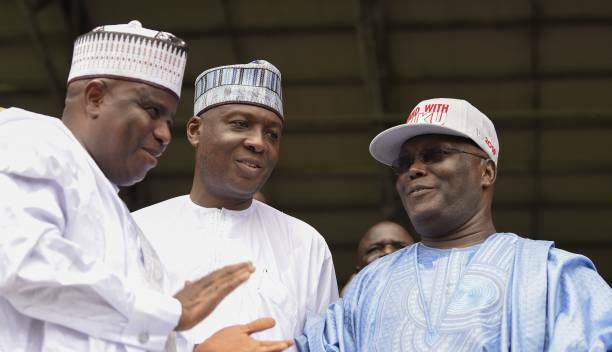 A former senator and member of the party’s Board of Trustees told Daily Independent that with the time restraint to the election and the timetable announced by the Independent National Electoral Commission (INEC), it will be difficult for a new entrant to join the presidential race.

He also added that PDP leaders in their quest to give the 2023 election their best shot have decided that they must field a “known name whose antecedent and capability is well known”.

According to him, any new entrant may only join the race if the PDP decides to zone the presidential ticket to the South, which is unlikely.

He said, “The primaries will be held either in June 2022, going by the proposed Electoral Act under consideration by the National Assembly or latest by October, if the existing law is applied. That leaves either 13 months or 17 months for any entrant into the race.

“The time appears too short for a new entrant. The resources and structure necessary for a good race may also not be readily available now for any new candidate.

“More importantly, PDP leaders have decided that they must take a known name whose antecedent and capability is well known.

“Outside these calculations, it is almost impossible for any new entrant to make any serious impact in the presidential race.

“Between Atiku, Tambuwal and Saraki, they already have the potential delegates committed to them. They also have the resources and the key contacts that are supporting them and ready to go on mobilisation efforts.

“What is not clear is if Atiku who came first in the presidential primaries of 2018 will retain that position, if Tambuwal who came second in 2018 will become the flagbearer or if Saraki who came third then will overtake the other two and come first.

“It will be interesting to see the three leading aspirants trying to outdo each other to get the party’s ticket as the PDP has a good chance to win the presidential race in 2023 judging by development in both the ruling political party and the polity,” he said.

On the chances of former Kano State governor, Rabiu Musa Kwankwaso, the source, said, “As it is today, Kwankwaso that would have also broken the ranks of the trio of Atiku, Tambuwal and Saraki, is said to be too limited by the restrictive nature of his political structure which is known only in Kano.

“Though he has the Kwankwasiyya group in some states of the federation, he is only on the ground in Kano State and how can that help a nationwide presidential campaign?” he asked.

“More importantly, his recent problems with top PDP leaders like Ambassador Aminu Wali and his group over zonal party leadership will also do more damage to his suitability as party flag bearer.”

Related Topics:Saraki Or Tambuwal As Presidential Candidate In 2023Why PDP May Pick Atiku
Up Next

Tinubu Is Physically And Mentally Weaker Than Buhari, Nigeria Should Breakup Before 2023 Election – Do You Agree?