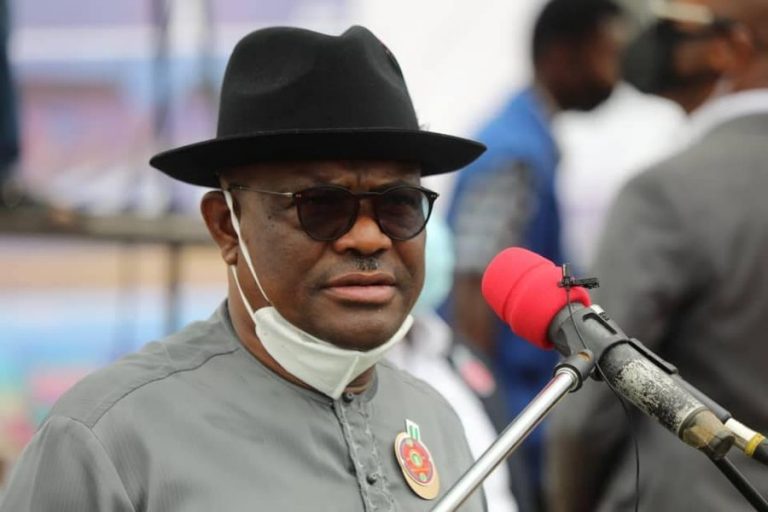 Rivers State Governor, Nyesom Wike has condemned the recent attack on police formations in the state by some hoodlums.

Wike in a statement on Saturday by his media aide, Kelvin Ebiri stated that the unidentified gunmen who attacked the police formations “are bent on plunging Nigeria into another unwarranted crisis.”

He however added while commiserating with those who lost loved ones in the attack that Rivers State will be secured from the criminal elements.

The Governor made the declarations through his media aide at the end of an emergency security meeting held at the government house in Port Harcourt.

It will be recalled as earlier reported by TrackNews Online that gunmen killed at least seven policemen during an attack on checkpoints and police stations in Rivers State, on Friday night.

The gunmen killed two police officers in the Rumuji police station in Emuoha Local Government Area of state, burnt the station, and some vehicles inside the facility.

Also, the gunmen attacked a police station and burnt two patrol vehicles along the Rumuji axis of the East-West Road in the state around 10pm on Friday.

A checkpoint of the security outfit called C-4-i along the East-West Road was also attacked, even as three operatives were feared killed there.

They also attacked a police checkpoint at Ogbakiri junction in the Emuoha LGA with two policemen feared and a vehicle burnt.

It was gathered the hoodlums came in a Hilux van and wore two different security uniforms to deceive policemen on duty.

The spokesman for the State Police Command, Nnamdi Omoni, confirmed the attacks.

Reacting to the unfortunate incident and the attendant loss of lives, Governor Wike “on behalf of the Government and people of Rivers State, expressed his deepest condolences to the families of the Policemen and the Rivers State Police Command.”

“On behalf of the Government of Rivers State, I wish to offer our heartfelt condolences and express our deep sadness in the wake of these horrific attacks,” he added.

Governor Wike urged residents to remain calm and report any suspicious events to security agents in their area.

Meanwhile, four young men accused of criminal activities such as armed robbery, possession of unlawful firearms, car snatching among others have been arrested in Enugu State.

The State Command of the Nigerian Police Force confirmed their arrest in a statement made available to newsmen on Saturday, May 8, TrackNews Online reports.

Related Topics:Wike Reacts As Hoodlums Kill 7 Policemen In Rivers State
Up Next

What I’ll Do If My Child Is Abducted – Gumi Reveals

Popular Nigerian Socialite, Kayode Badru Gets Burnt To Death In A Celestial Church In Lagos