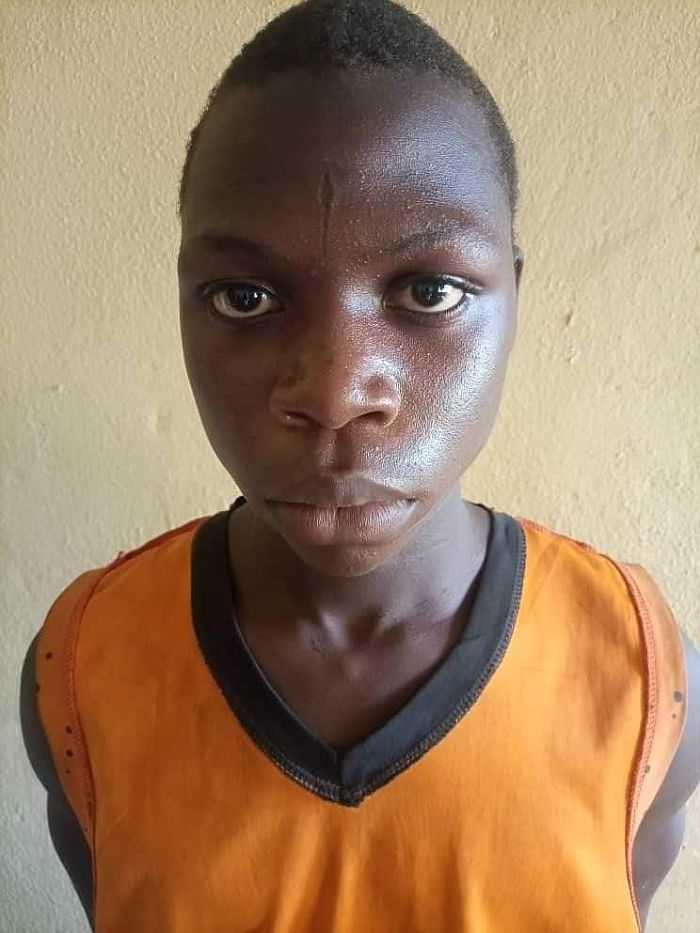 An 18-year-old boy identified as Ayuba Hamza has been arrested by Operatives of the Adamawa State Police Command for having carnal knowledge of a 4-year-old girl in Jabbi Lamba village, Girei Local Government Area of the state.

Spokesperson of the command, DSP Suleiman Nguroje, who disclosed this in a statement on Saturday, June 5, said the suspect took the advantage of the child following the seperation of her parents that brought her under the care and custody of her grandmother.

“Investigation revealed that the suspect being a close neighbor to the victim, committed the offence twice before he was caught. The grandmother who caught the suspect in the act, cried and attracted the attention of some neighbors which resulted into the suspect arrest by the Police at Jabbi Lamba,” Nguroje stated.

The State Commissioner of Police, CP Aliyu Adamu Alhaji, while commending officers and men for exposing and making it impossible for the suspect to escape arrest, directed for discreet investigations into the case as the victim is under medical attention.

Meanwhile, as part of the efforts at tackling criminal activities and other related offences in the state, the CP directed all DPOs to go after anyone committing such heinous crimes and apprehend them.