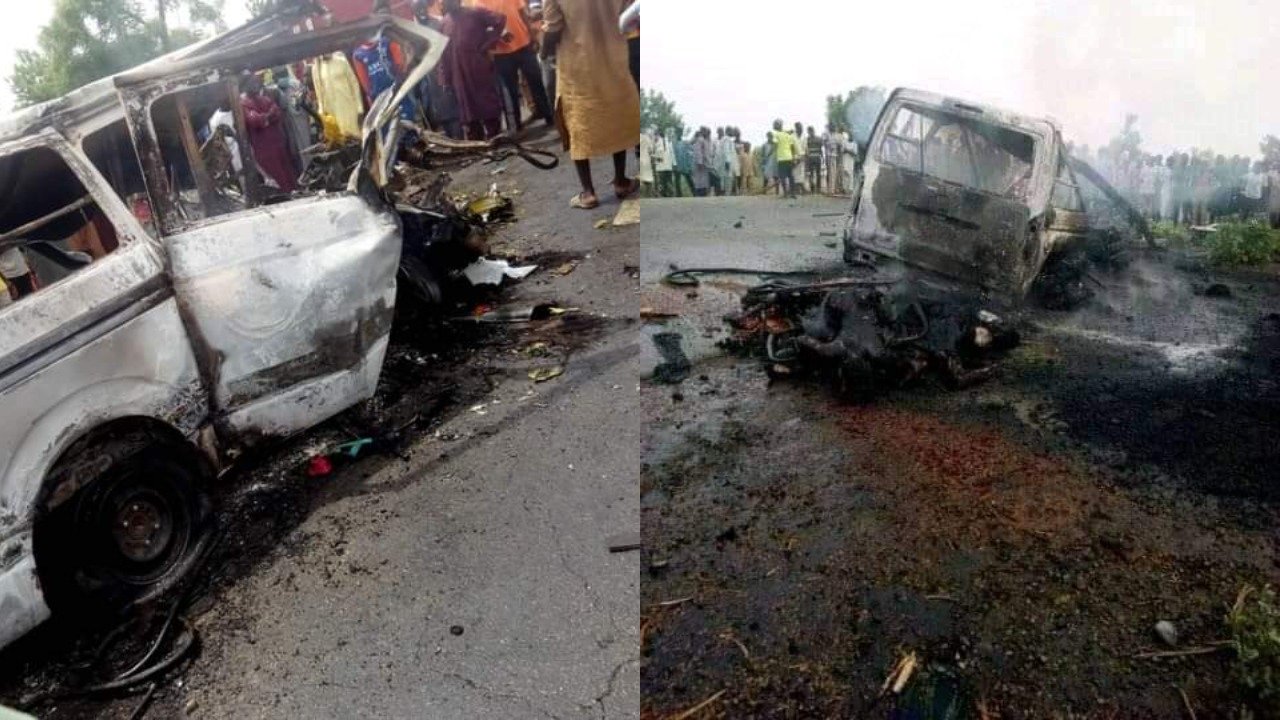 About 20 persons were reportedly killed in a motor accident that involved two ‘Hummer’ buses in Birnin kudu Local Government Area of Jigawa State.

The incident happened at about 06:30 AM near Alu and an agro farm a few kilometers to Birnin Kudu town.

An eye witness told TrackNews Online that the two vehicles had a head on collision and went up in flames on the spot resulting in the burning of all the passengers beyond recognition.

” And before people got to the accident scene it was too late and there was nothing they could do because all the passengers were trapped in the vehicles and died beyond recognition” he stated.

Findings by our reporters revealed that one of the vehicles was carrying passengers from Balangu town in Kafin Hausa Local Government Area of Jigawa State to attend a wedding ceremony in Bauchi State.

Adam said 12 persons burnt to ashes while the rest died in hospital.

The police spokesman said their corpses have been deposited at Federal Medical Center, Birnin Kudu while a mass burial was conducted for those that were burnt beyond recognition.

He said one person who is a driver of one Hummer bus survived and is responding to treatment while Investigation is ongoing.

Related Topics:20 persons burnt to ashes in Jigawa road accident
Up Next