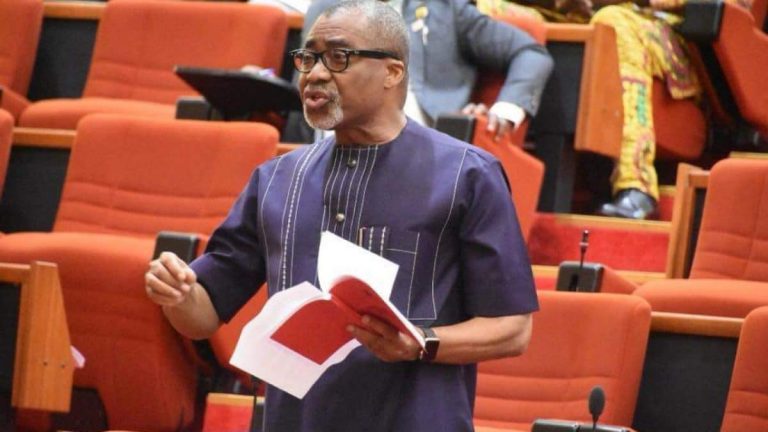 The Minority Leader of the Senate, Ennyinnaya Abaribe on Wednesday refused to make comment on the achievement of the 9th Senate led by Ahmad Lawan in the last two years.

The upper chamber had fixed Wednesday to celebrate the achievements Senate since it was inaugurated on June 11, 2019.

There was, however, drama after the Senate Leader, Yahaya Abdullahi, delivered his speech and Lawan invited Abaribe to give his own speech.

The Senate President thanked Abaribe for his comments and called others senators to make their comments.

Abaribe then walked out of the chamber.

Related Topics:Abaribe Walks Out Of 9th Senate Second Year Anniversary
Up Next

Suspension: FG Should Have Sued Twitter, Not Place A Ban – Falana