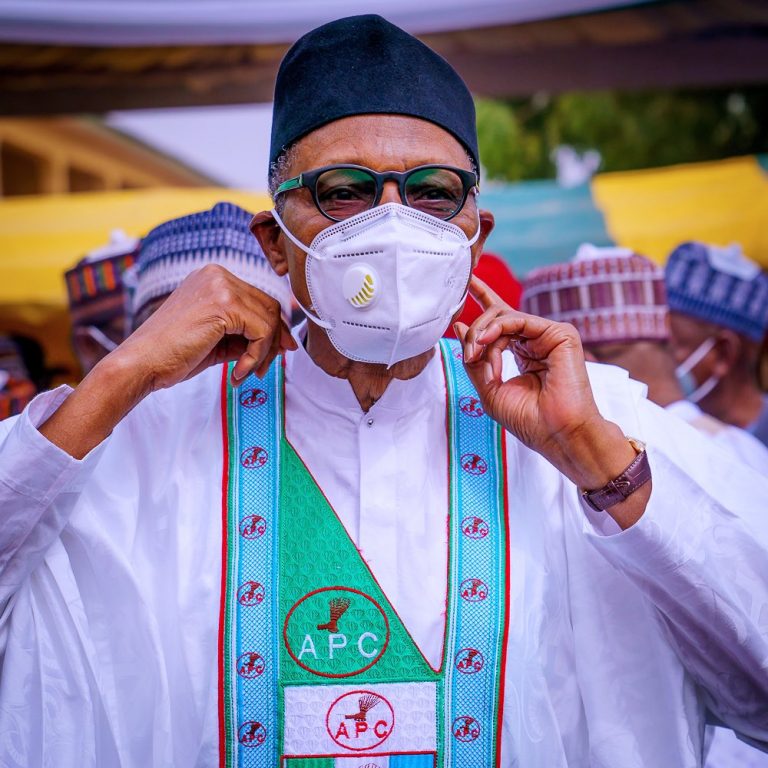 President Muhammadu Buhari on Friday received briefing from the leadership of the ruling All Progressive Congress (APC) at the Presidential Villa.

TrackNews Online reports that the party leaders were led by the APC Caretaker Chairman Mai Mala Buni who presented a report to Buhari.

TrackNews Online had reported that Nwaoboshi was suspended from PDP for alleged anti-party activities and other allegations.

A statement signed on Wednesday by the Publicity Secretary of Delta PDP, Ifeanyi M. Osuoza, said Nwaoboshi was suspended for his recent romance with the APC for a period of one month.

He noted that the lawmaker was also suspended for his verbal recklessness and unprovoked utterances against the governor of the state, Ifeanyi Okowa.