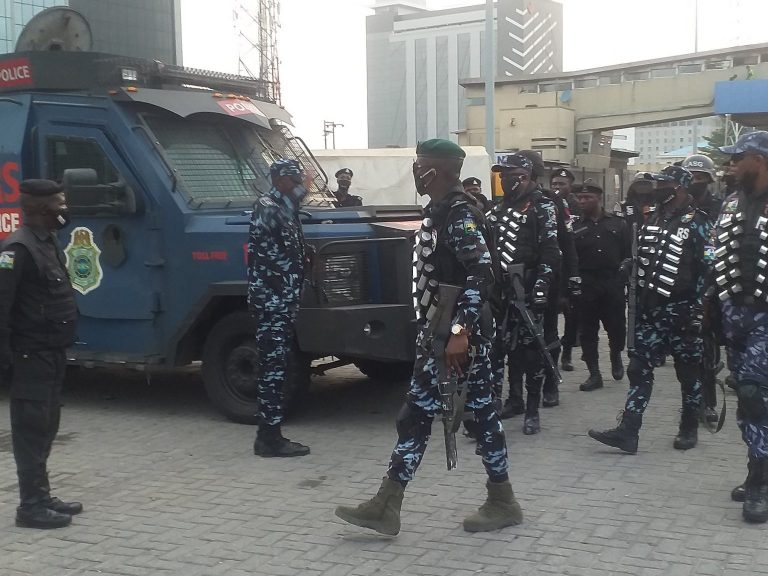 According to sources in the area, the policeman was under the influence of alcohol.

Reacting to the incident, the state Governor, Ifeanyi Ugwuanyi, expressed shock over the incident, describing it as a sad scenario.

The governor, who was received at the hospital by Enugu Commissioner of Police, Enugu State Command, Mohammed Ndatsu Aliyu, and the Chief Medical Director, Prof. Hyacinth Onah, condoled with families of the deceased.

A statement by Commissioner for Information, Nnanyelugo Chidi Aroh, said the state government would pay all the medical expenses for the injured.

Enugu Police Command, in a statement by its Public Relations Officer, ASP Daniel Ndukwe, disclosed the police officer was “has been arrested and taken into custody pending the conclusion of the investigation”.

The statement confirmed, “four of the persons said to have sustained gunshot injury are receiving treatment and five others whose injuries were critical, have been confirmed dead by doctors on duty and deposited in the mortuary for autopsy”.

It added that the CP had ordered the Deputy Commissioner of Police in charge of the State Criminal Investigation and Intelligence Department (State CIID) to carry out a thorough investigation to unravel circumstances surrounding the shooting incident.

The CP also called on eyewitnesses “to volunteer useful information to aid swift conclusion of the investigation and ensure justice prevails”.

There Are No Bandits, Boko Haram Terrorists In Jigawa – Emir Boasts