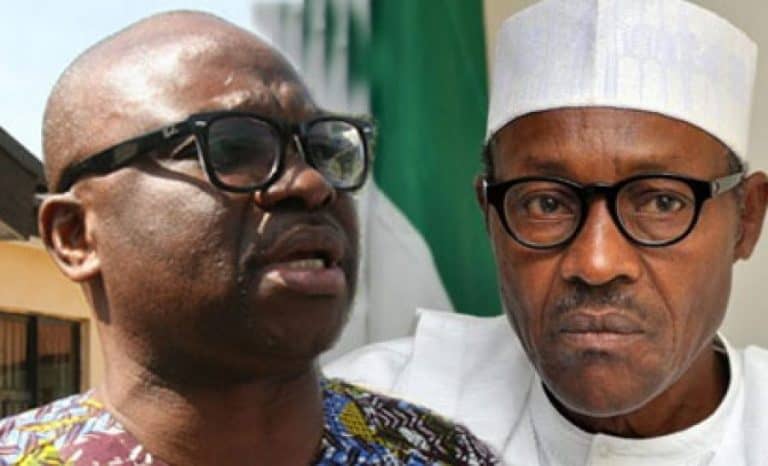 According to Fayose, President Buhari did not post the content on Twitter because “a president who cannot address his own people in time of crisis can certainly not be the one tweeting on the crisis.”

In a statement released on Twitter, Fayose said it was clear that neither Buhari nor his spokespersons were aware of the limits of the legal powers.

Fayose made the remarks in response to Buhari’s threats against insurgents in the southeast.

“It is obvious that those using the President’s powers for him do not know when and where to stop their power-madness. Regrettably, Twitter may not know that Buhari is not the one operating the handle. Can our President operate Android Phone not to talk of making genocidal tweets?”

Related Topics:Buhari Can’t Even Use An Android PhoneLet Alone Twitter – Fayose
Up Next

Biafra: Top APC Senator To Igbos – Nigeria Will Give You War If You Want War