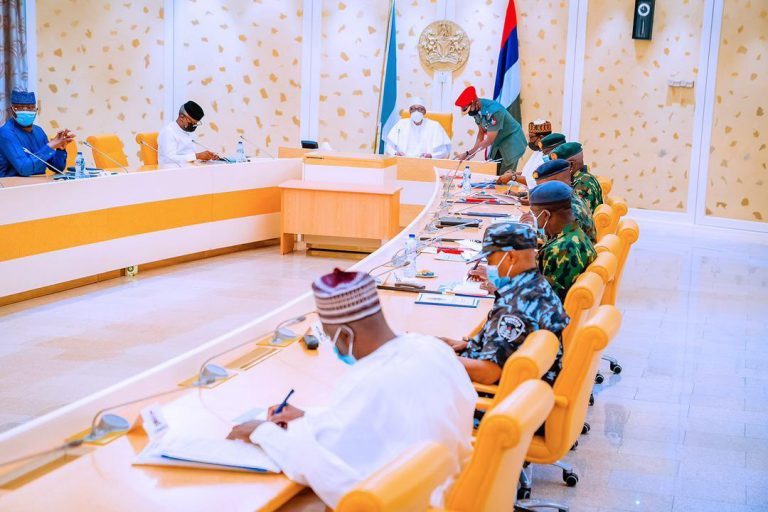 President Muhammadu Buhari is presiding over an emergency National Security meeting at the Presidential Villa in Abuja.

Tracknews understands that the President and the service chiefs are expected to review the current state of insecurity in different parts of the country.

Related Topics:Buhari Presides Over Emergency Security Meeting
Up Next