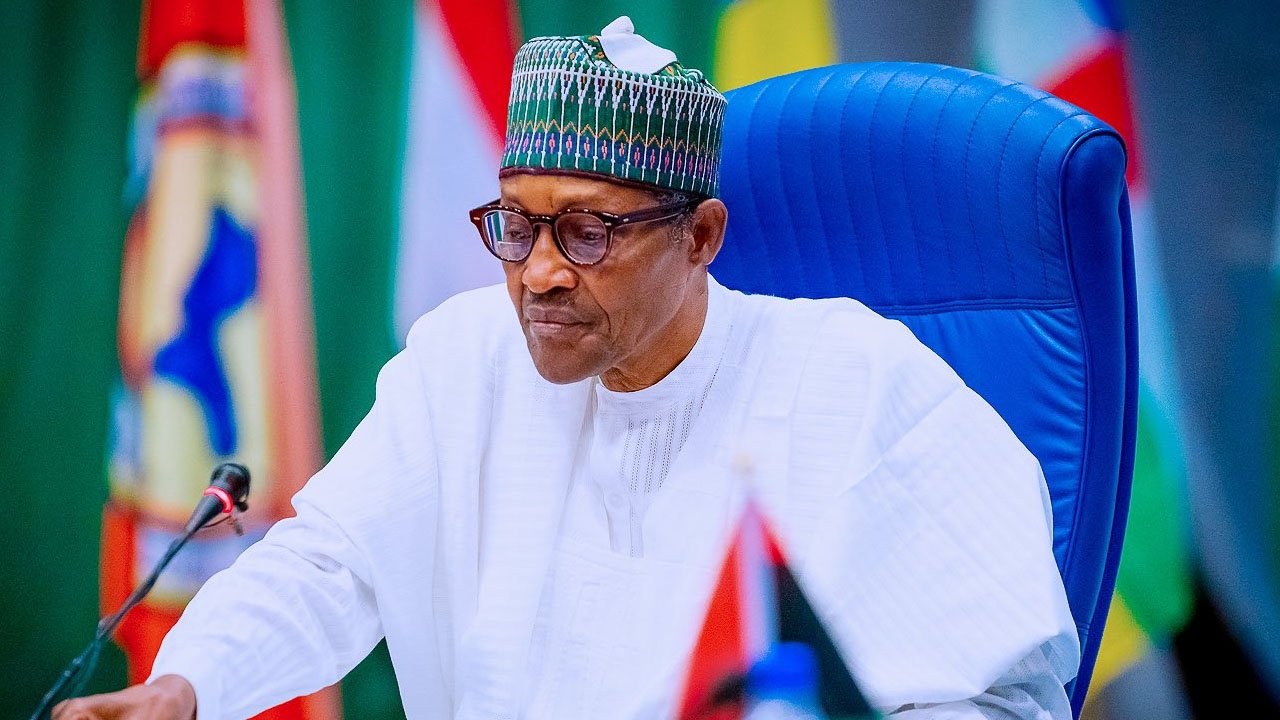 The sudden postponement of President Muhammadu Buhari’s trip to London for a medical check-up may not be unconnected to the current protest rocking his supposed destination, Abuja House in London, United Kingdom.

TrackNews Online recalls that the president was scheduled to depart the country for his routine medical check-up in London on Friday morning.

A statement by Femi Adesina, Special Adviser on Media and Publicity to President Buhari on Thursday evening said the president would be expected to return to the country during the second week of July.

However, at the wee hours of Friday, some Nigerians in the UK, storm the Nigerian House in London to register their displeasure over the current unrest in the South-Eastern part of the country.

Reports said the protesters who converged at the Trafalgar Square in London, moved to the Abuja House ahead of Buhari’s arrival.

In a live video on Friday by the BBC pidgin, a large number of Nigerians were seen at the residence chanting songs in both English and Igbo Language. Some of the protesters were dressed in Igbo attire.

One of the protesters said, ”These are the Igbos, the ones that their youths are being killed.

“The Nigerian Army, police are in South-East killing our youths. Our parents have been maimed, our mothers have been raped, kidnapped, the Nigerian government has killed us, we are being marginalised”.

Few moments after the report circulated on social media, Buhari’s spokesman, Femi Adesina announced the postponement of the trip stating that a new date will be announced soon.

Although DAILY POST cannot verify the cause of the postponement as at press time, there are strong indications that the decision was taken to avoid embarrassment in the UK.

Some Nigerians who took to their social media to express their displeasure on the announced postponement without reason, said, “Buhari was running from shame”.

Reno Omokri, a former aide to ex-President Goodluck Jonathan, had also claimed that Buhari postponed his trip due to threats of placing him under house arrest in the UK.

Related Topics:Buhari’s medical trip: Postponement linked to protest in London
Up Next