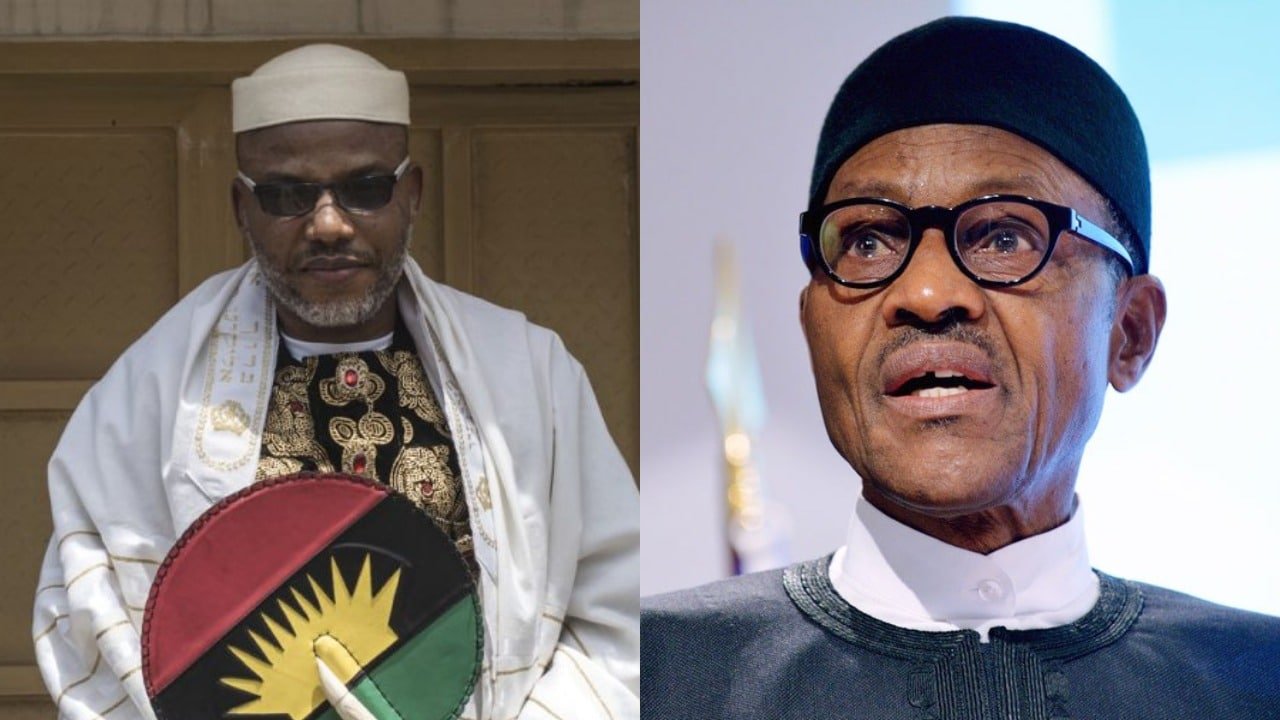 Biafra Nations League, BNL, has tackled President Mohammadu Buhari over his recent comments wherein he equated the South East to the Indigenous People of Biafra, IPOB, and vowed to send army and police to deal with them.

Buhari had also in the interview with Arise TV said that if it secedes, the region, ‘a dot in the circle’, has ‘access to no where.’

The BNL Leader, Prince Chimezie Richard, in a statement to DAILY POST on Sunday, tackled Buhari for, according to him, trying to limit Biafra to five Southeast States alone.

He said that Bubari was very much aware that Igbos dominate and are Indigenes of states in the South South.

The BNL leader said it has “access to many places in the South East and South South, including access to acquire anything through Bakassi Peninsula.”

Biafra: Afenifere slams Buhari for saying Igbo is ‘a dot in circle of Nigerian map’

Nnamdi Kanu, the IPOB leader, on his own, said that there was no way Igbos in Kogi, Benue, Cross River, Edo, Bayelsa, Delta, Rivers would be left behind when seceding from Nigeria.

Kanu said that the region may be a small dot in the map, but big people.

He tweeted, “I’m compelled to accept the 5 Igbo states (SE) as Biafra, what will be the fate of indigenous Igbo people gerrymandered into other states like Edo, Kogi, Benue, Cross River, Rivers, Benue, Bayelsa and Delta states? Does it mean they are no longer Igbo? Small Dot, Big People.”

IPOB have nowhere to go, we will send military after them – Buhari

June 12: Every Nigerian has right to protest – UK