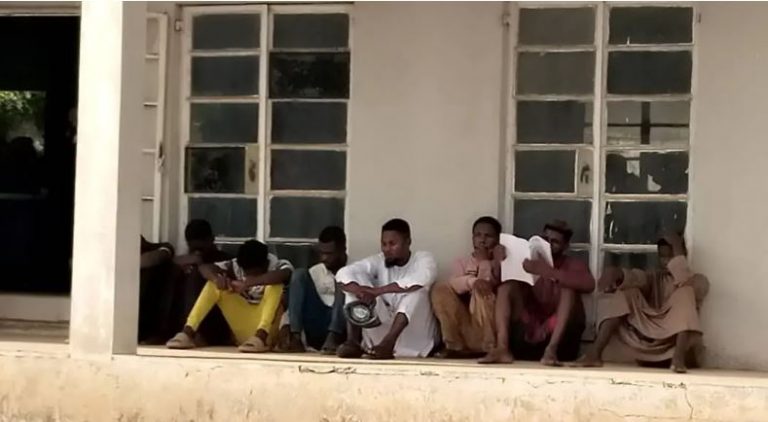 Eight people have been arranged before Ilorin High Court over the rape and murder of Olajide Blessing Omowumi, a 300-level student of the University of Ilorin.

However, the trial could not commence today because of the inability of three of the suspects to produce legal counsel.

Justice Yusuf, however, adjourned the case till July 6, 2021, and ordered that they should be remanded in the Mandala Correctional facility.

The Kwara State Government had filed an 11-count charge against them.

According to the charge sheet, three of the defendants, Ismail, Moses and Omogbolahan, conspired to rob the deceased of her “Samsung Galaxy A2 Core handset and carted away other items, including one black Acer Aspire 1 series laptop, one Samsung drive, one pink wireless mouse, one white handheld mini sewing machine, one Infinix charger and one gold colour wintouch tab while armed with offensive weapon including a black wooden pistol gun”.

The prosecution also accused five others of aiding and abetting the receipt of stolen items.

They were also accused of stealing the sum of N116,000 from the GTB account of the deceased.

Speaking to journalists shortly after the court proceedings, Barrister Jawondo said, “The case was slated for the arraignment of the accused persons but unfortunately three of them have not been able to secure the services of legal representation and under the constitution, they are entitled to that since the offence is capital in nature.”

“And where they cannot afford that, the state is even bound to provide for them. So, because of that, the case could not go on and we have to get an adjournment. Two of them said they preferred the state to get counsel for them while one agreed to find one for himself.

“We are hoping that at the next adjourned date which is next Tuesday, July 6, 2021, they will get legal representation and the case will be able to proceed. Our application, for now, was to have them remanded in prison”.

Advertisement
Related Topics:Eight Suspected Killers Of Unilorin Student Appear In Court
Up Next