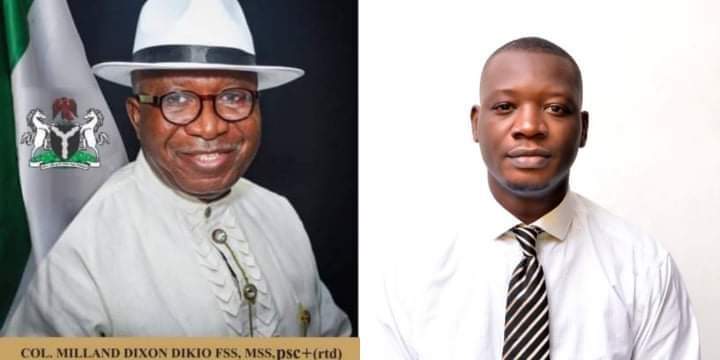 In pursuance of the Post Amnesty Programme objectives and deliverables, which can broken into three phases:

(1) Disarmament phase: To include the collection of biometric data

(2) De-mobilisation and Rehabilitation phase: To include the provision of, among other things, counselling and career guidance for the beneficiaries

(3) Re-integration phase: To include the provision of, among other things, occupational training, compensation package, microcredits and jobs for the beneficiaries.

The group stated that, “any initiative by the Amnesty Office to invest in job and wealth creation or its equivalent will help to scale up development underpinning a viable means of facilitating the re-integration of the beneficiaries in society”. The group added their voice for the umpteenth time, that the ex-agitators who have not been accommodated by the programme should be catered for in a new phase of the programme, giving the success recorded by the programme thus far; this will in no small measure scale down violence and militancy in the Niger Delta region–most especially in trying times where we see pockets of sponsored violence–with this, the delegates would become change agents that would spur peace and development in Nigeria’s post-conflict Niger Delta.

The group’s leader, Comrade Senibo Spencer, while speaking to newsmen in Port-Harcourt, the River state capital, stated that the appointment of the interim administrator came at a time when all untrained and unempowered beneficiaries need the benefits of the Amnesty Programme most, as a result of the untold hardship precipitated by the covid19 pandemic. He called on the delegates and critical stakeholders to give their support to the interim administrator as his appointment has brought fresh hopes for the beneficiaries of the Presidential Amnesty Programme, stating that, “nothing can change in the world if we don’t have the support of the people around us”.

The leader of the group thanked President Muhammadu Buhari for appointing a qualified and well- seasoned diplomat with a vast range of experience to oversee the affairs of the Presidential Amnesty Programme, giving his vast experience in disarmament, de-mobilisation and re-integration(DDR), field engagements and policy, advisory roles at both local and international levels, which goes to show that the retired but not tired Colonel is the best man for the job. Passing a vote of confidence on Col. Milland Dikio, the group urged the president to confirm the Interim Administrator as a substantive Special Adviser.

We recall that there have been various petitions to the National assembly calling for the resuscitation for the process leading to the fourth phase of the Presidential Amnesty Programme.

Related Topics:EX-AGITATORS GIVE NOD TO DIKIO TO ACT AS AMNESTY SPECIAL ADVISER
Up Next

Sylva Breaks Silence On Fighting Akpabio Over NDDC Board

FG has until end of June to constitute NDDC board -Tompolo