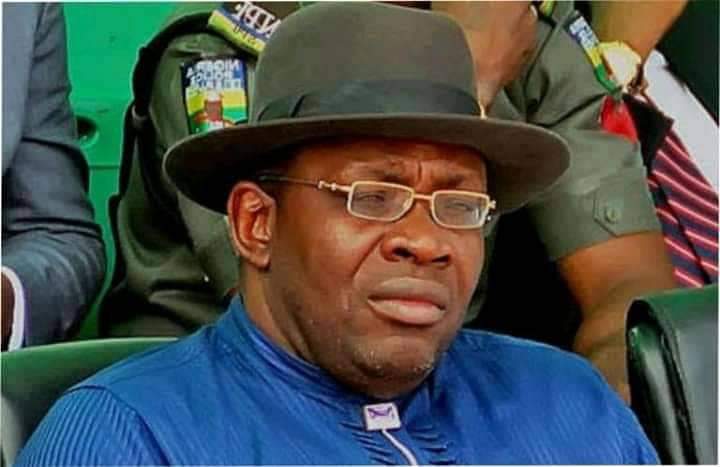 ••In 2019, Dickson plan sale of the oil field to Halkins Global Investment Limited owned by Dickson was revealed.

••In 2020, the Federal Government of Nigeria revoked the license of the oil field.

•••Today, this same Halkin Global Investment Limited is currently applying to continue it operations on the oil field through the help of Diri led State Government. 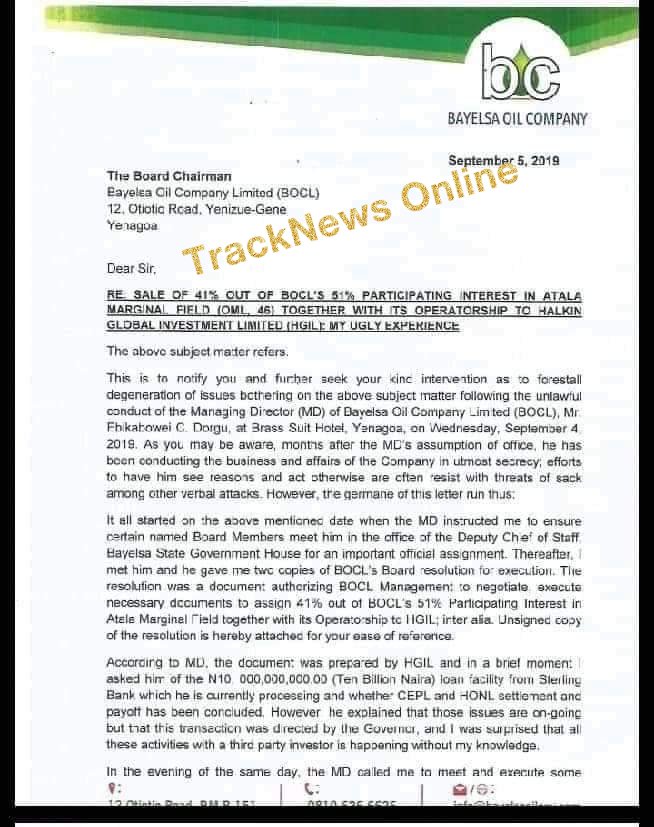 In 2019, a letter on how former Gov Dickson plan sale of BAYELSA state owned oil firm ATALA MARGINAL OIL FIELD to Halkin Global Investment Limted said to be owned by Dickson was revealed.

Barely four months to his exit from office back then in 2019, then governor of Bayelsa state, Mr. Seriake Dickson perfected all plans to sell the state owned Atala Oil Marginal Field otherwise reffered to as Bayelsa state Oil Company Limited (BOCL).

In a letter to the Board Chairman of BOCL, Secretary/Legal Adviser to BOCL, Barr. Orua Mark accused the then Managing Director of the company, Mr. Ebikabowei Dorgu, of running the affairs of the company in secrecy.

Mark alleged that the then governor collaborated with the then MD to sell 41% out of BOCL’s 51% participating interest in Atala Marginal Oil Field together with its operatorship to Halkin Global Investment Limited (HGIL).

According to Mark, the MD wanted to coerce him into signing an already prepared document for the sales of the above mentioned percentage of the state owned oil field but he declined amidst threats to sack him back then.

TrackNews Online investigation revealed that, In a letter to the board which copied the then state Commissioner for Mineral Resources and the Attorney-General/Commissioner for Justice, Mark revealed how he was taken to Brass Suits and hotel in Yenagoa on September 4, 2019 with a view to force him sign the document.

“Months after the the MD’s assumption of office, he conducted the business of the company in utmost secrecy, efforts to make him see reasons and act otherwise are often resisted with threat of sack and other verbal attacks.

“It all started when the MD instructed me to ensure that certain named members of the board meet with him in the office of the Deputy Chief of Staff, Government House for an important assignment.

“Thereafter, he gave me two copies of BOCL board resolutions for execution. The resolution was a document authorizing management to negotiate and execute necessary documents to assign 41 percent out of the 51 percent BOCL participating interest.

“He told me that the document was prepared by HGIL but in a brief moment, l asked of the N10 billion loan facility from Sterling Bank which he is currently processing and whether CEPL and HONL settlement and pay-off has been concluded.

“He explained that those issues were ongoing but that this transaction was directed by the governor and I was surprised that all these activities with a third party investor are happening without my knowledge.

“In the evening of the same day, the MD called me to meet him at Brass Suits to execute some documents for him. At arrival, the MD took me to his room and requested me to initial and sign a copy of Farm-In Agreement and Service Agreement between BOCL and HGIL.

“The agreement assigns 41 percent out of the BOCL’s 51 percent participating interest in Atala Marginal Oil Field together with its operatorship to HGIL for consideration of $4 million on the basis of installmental payments to wit: $500,000, $1.5 million and $2 million respectively,” the letter reads in parts.

Back in 2019, Mark called on the relevant bodies including the Minister of Petroleum Resources to call the then MD and his like to order to avoid the rash decision of selling Bayelsa’s major source of revenue without following due process.

“It is my opinion that whoever is directing the approval of this transaction must be the end-point or overall beneficiary of the transaction while BOCL, its staff and Bayelsa as a whole lose terribly.

“Sequel to the foregoing, it is highly recommended that activities of the MD regarding the secret dealings concerning the management of BOCL, Atala Marginal Field, OPL 240, BOCL’s lawful partners and potential investors be called to order or checked immediately to forestall the apparent intention to destroying BOCL beyond lawful and useful repair,” he concluded. 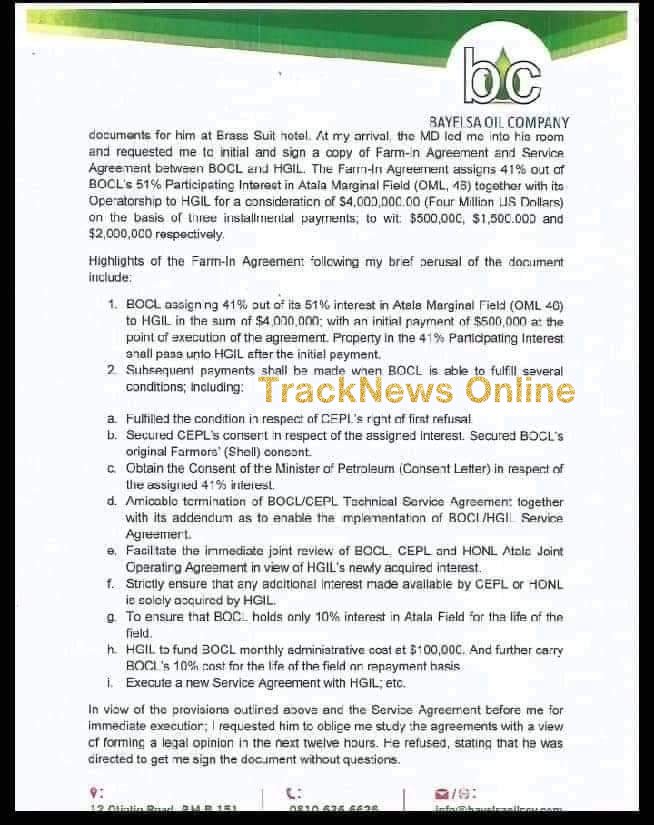 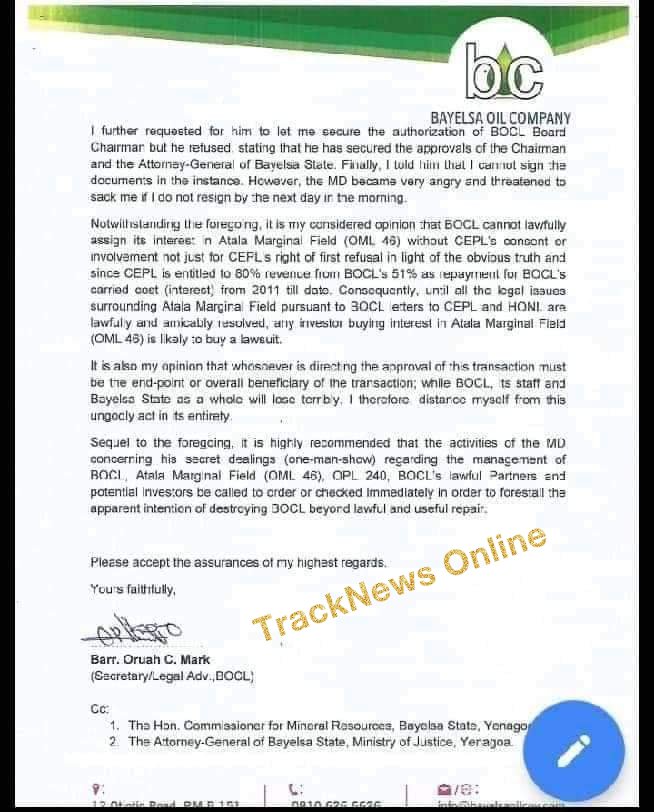 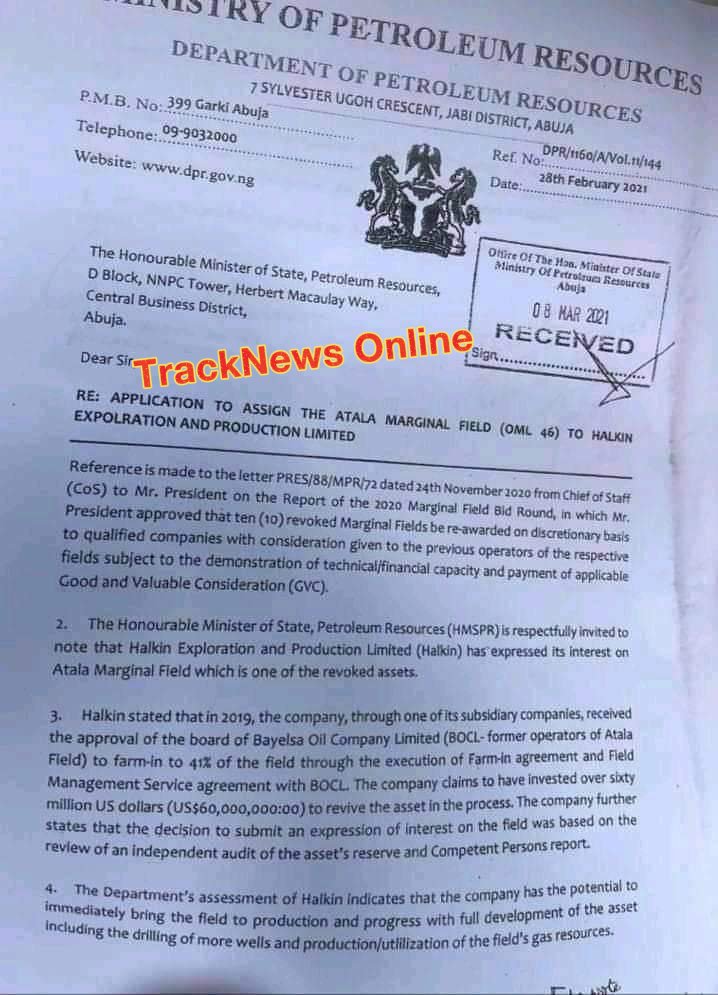 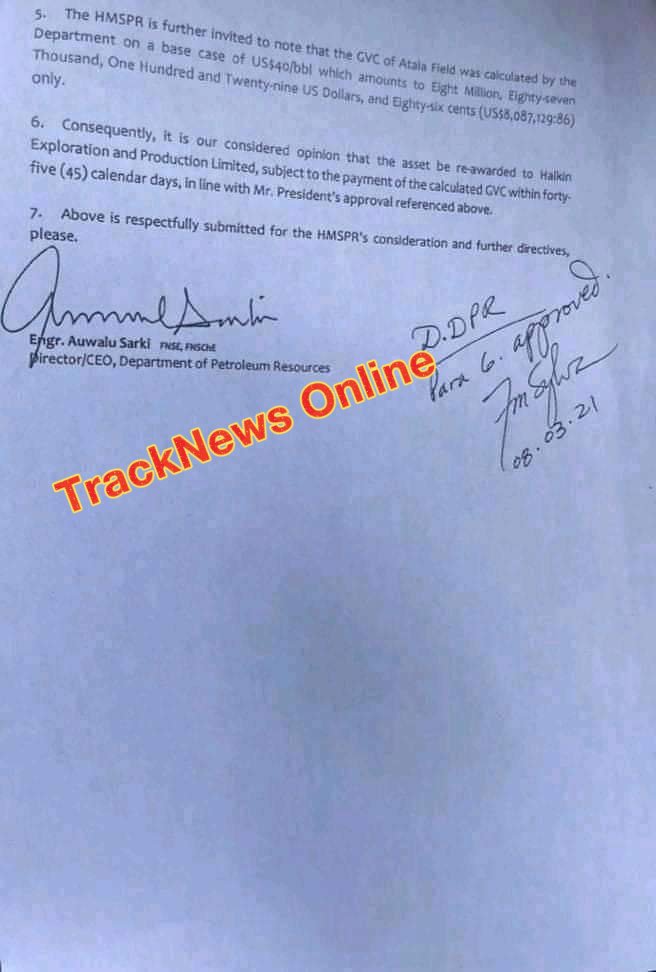