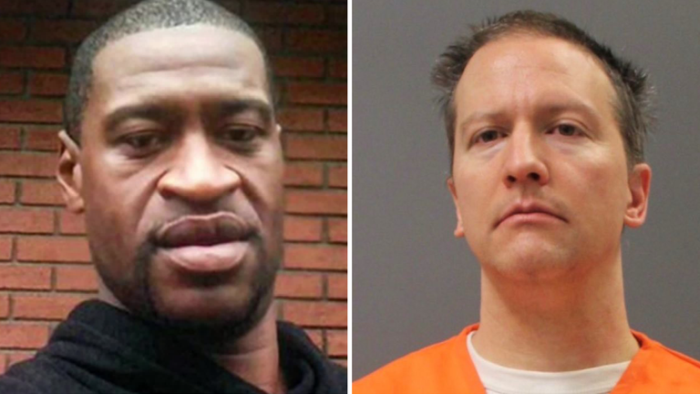 Derek Chauvin, the Minneapolis police officer who killed African American George Floyd has been sentenced to 22 and a half years.
Judge Peter Cahill pronounced the sentence on friday, 13 months after people across the globe watched the grim video of Floyd, dying under Chauvin’s knee, and saying languidly: “I can’t breathe”.

In giving the sentence, Cahill said he considered the prosecutors’ request for 30 years, several aggravating factors, and the defense request for a lesser sentence as low as probation, before making his decision.

He also read and listened to victim impact statements from family and loved ones, and reviewed the pre-sentence investigation.

Cahill said there is a 22-page legal analysis attached to his sentencing order, so his verbal comments will be brief.

“What the sentence is not based on is emotion or sympathy,” Cahill said.

Cahill said Floyd’s death has been painful for the community, but “most importantly” for the family.

Floyd’s May 2020 death was captured on video and reverberated across the globe sparking mass protests of racism and police brutality.

The verdict made him the first white police officer to be found guilty of murdering a Black man in Minnesota.

I Had Nothing To Do With Kanu’s Arrest In Kenya – Matsanga, Kenyan-Ugandan Journalist