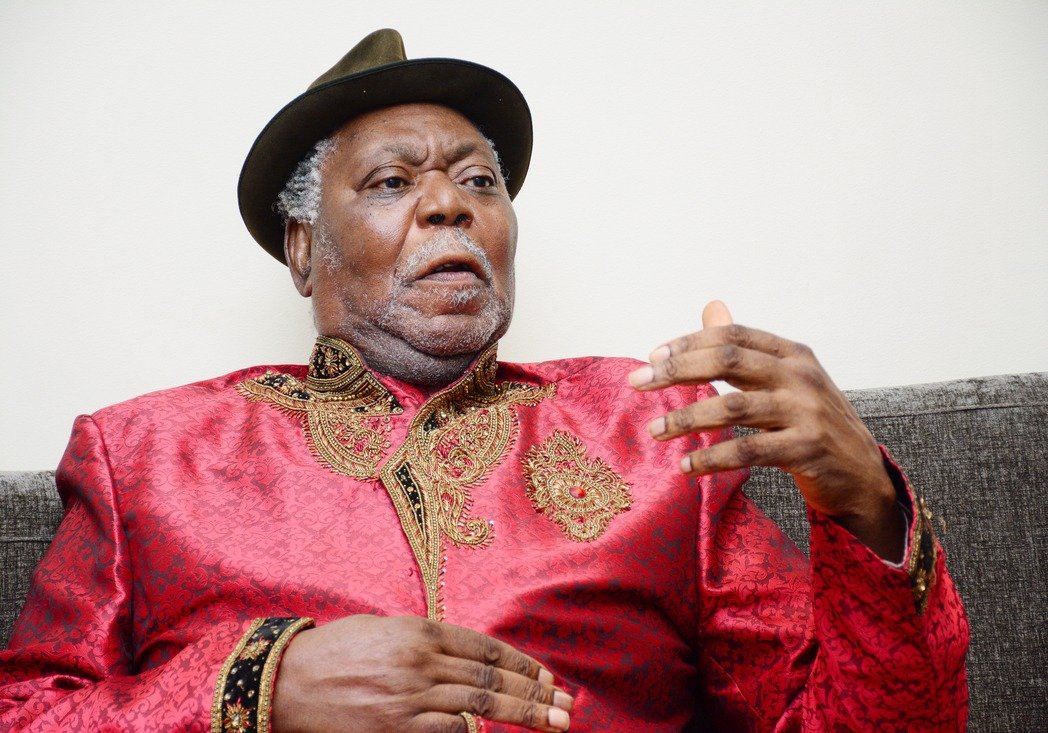 The Amayanabo of Twon Brass in Bayelsa State, King Alfred Diete-Spiff, erstwhile Military Administrator of old Rivers State, during the regime of former Head of State General Yakubu Gowon, has cried out, saying “some politicians alongside sub-contractors to the Nigeria Agip Oil Company (NAOC)” instigated thugs that attacked his palace and vandalized his properties for no justifiable reasons.

King Diete-Spiff told Palace Newsmen “Since this ugly incident, my phones have been rigging ceaselessly overflowing with calls from across the globe, especially from concerned relatives, friends, associates and some of my children, who are mostly based in the United States of America.

“Honestly as we speak, I’m yet to make sense out of the reasons or rationale, why some politicians should make me their target, and deliberately tell lies and instigated thugs to do what they did to me as their king in a kingdom and state I have served with all my life. I have no hard feelings over this particular incident as I have decided to leave everything to God.

“Contrary to all the reports that a military man shot and killed one of the protesters during the vandalization of my palace, those reports are not correct, they are not the true reflections of what happened on that day in that particular place. As far as I know, nobody was killed during the attack.

“The Military personnel that were around the place during the incident exercised lot of professionalism and restraints, which must be commended.

While the Nigerian Police watched helplessly while the vandalisation took place refusing to do anything.

“Since the unfortunate protest tagged ‘#End SARS’ which took place in Nigeria earlier in the year.

Some of them unfortunately, no longer have the confidence to carry out their day to day assignments of protecting lives and properties.”

The monarch stressed that if something urgent was not done to address this ugly development, things will seriously go wrong in Nigeria.

As a matter of urgency, the Nigerian Police high command must do something to engender confidence in its personnel, he stated, noting that if things remain the way they are now or allowed to degenerate further, the entire country and society will no longer be safe and protected.

The traditional ruler, however, expressed thanks to God Almighty for keeping him and some members of his family, who were around during the incident safe alongside his domestic and palace staff.

King Diete-Spiff took time to explain to Palace Watch what led to the ugly incident in Twon Brass on Sunday 16th up to Tuesday 18th of May, 2021.

He said: “due to the general downturn in the nation’s economy nay the world, during the Covid-19 pandemic, the Nigerian Agip Oil Company (NAOC) could no longer meet up with some of its obligations to the communities in and around Twon Brass.

In the process, there were generally black-out or power outage in the whole areas. Most of the sub-contractors to Agip were not paid for the jobs done for some time, because Agip Oil Company was allegedly not paid its counterpart funding by the Nigerian government during the period in question.

Most of the sub-contractors, who were supposed to show understanding during these very difficult period refused to see things with Agip Oil Company, in the process spreading false rumors and information. Meetings were held to douse the tension that was building up.

Surprisingly, some politicians, who seem to be aggrieved for whatever reasons, which does not concern the palace, decided to capitalize on the situation and began to instigate the thugs and some employees of the sub-contractors who have not been paid for some months to take their aggression to the streets for no justifiable reasons in the process the palace was attacked and properties were destroyed.

All attempts to tell the protesters that there is very little or nothing the palace could do under that circumstances order than mediatory role that is ever ready to play, fell on deaf ears.”

The Amayanabo further maintained that the power they hitherto complained about has since been restored in Twon Brass and environs, while several meetings are being held with all concerns, hence, the peace, that is gradually returning to the kingdom.

He said, as a traditional ruler, he has no option than to forgive all the people involved in the incident.

He added: “in spite of this painful and ugly experience, I am more than ever before determined to forge a better bond with all members and sections of my kingdom.

This is the price traditional rulers have to pay as the most visible personalities in their various immediate communities.

“The way and manner things are now in Nigeria, all efforts should be made to strengthen the third tier of government which is the local government councils across the country, for them to deliver services more effectively and efficiently.

A situation where aggrieved or frustrated youths take their aggression to the traditional rulers of their communities, is dangerous and portends a lot of danger for the country as a whole.

A lot more should be done as from now by the government at all levels to empower traditional rulers in particular, so that they will be in a position to intervene in some matters especially in situations like this.

Palace Watch gathered that indigenes of the host community of Nigeria Agip Oil Company were protesting against what they called the protracted power outage in their communities, and the refusal to pay indigenous contractors for the job done for Agip and the failure of the company to meet its corporate social responsibility (CRS) to the people.

The Amayanabo said that he was, however consoled by the prompt condemnations of the incident by a cross section of Ijaw leaders and groups.

For example, the Twon Brass Chapter of the Ijaw Youths Council (IYC) condemned the attack saying it would not condone any disrespect to their monarch either from indigenes or foreigners.

The chairman of the group Mr. Hello Richard and other representatives of the Ijaw clan in a statement, said that their attention was drawn to the ugly incident, which was said to have been provoked by a military personnel, who allegedly shot a protester during what they tagged peaceful demonstrations by the people of Twon Brass Kingdom in Brass Local Government Area Council against Agip Oil Company.

They continued: “From our findings, the protest, triggered into chaos after some persons hijacked it and started to foment trouble in the process, which eventually led to the attack on the Amayanabo’s palace.

“We further learnt that while trying to protect the monarch, a soldier allegedly shot one of the protesters in the leg and this particular incident, as to be expected, generated more tension in the community.

This shooting only took place when some persons hijacked the protest and destroyed part of the King’s Palace.”

Related Topics:'How politicians instigated thugs to attack my palace' —
Up Next

FG has until end of June to constitute NDDC board -Tompolo